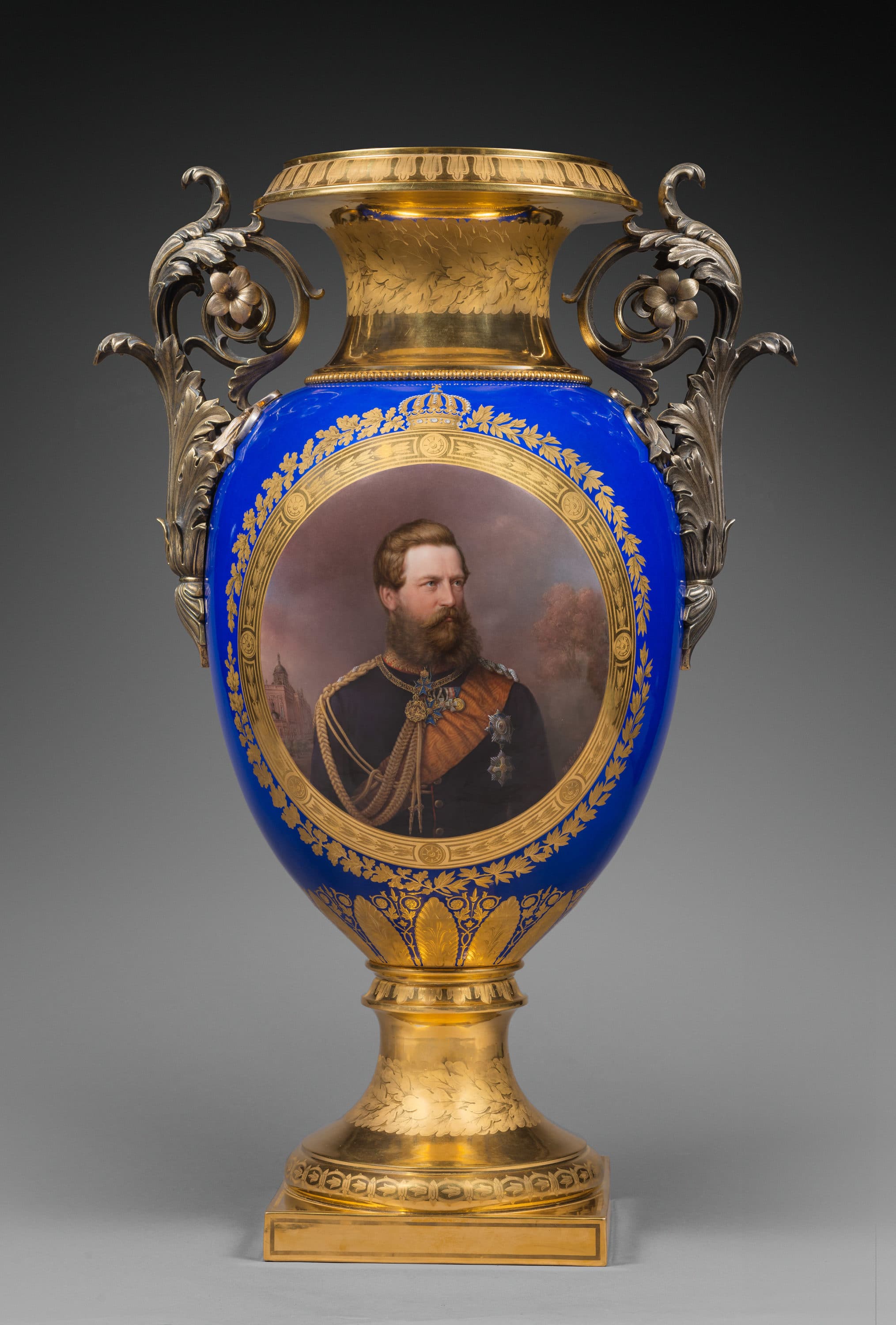 Important Polychrome Porcelain Royal Vase with the portrait and coat of arms of Frederick, Prince of Hohenzollern 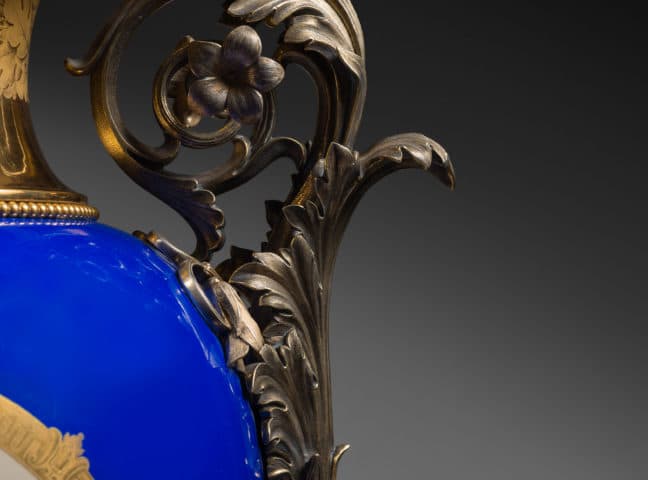 Probably given by William, King of Prussia, as a diplomatic gift to a member of European royalty.

This magnificent oval vase features two oval medallions against a lapis-coloured ground; they are centred by royal motifs and are framed by gilt borders composed of olive leaves and seeds, highlighted by rosettes and imitation gadrooning, and scrolls. The front of the vase is adorned with the portrait of Frederick of Hohenzollern, future King of Prussia and Emperor of Germany, against a landscape with a castle. The king is in full uniform, and wears decorations, including the Order of the Black Eagle, the Order of the Most Holy Annunciation, the Military Order of Maria Theresia, and the Order of the Red Eagle. The matching scene on the other side depicts the Prussian eagle against a white ground, surmounted by a royal crown and framed by the necklace of the Order of the Black Eagle. The neck of the vase – which is decorated with beading – and the spreading foot, are adorned with bands of matte oak leaves set against a burnished gold ground. The lip features a frieze of stylised matte leaves, also set against a burnished ground. Two bronze handles attached to the belly of the vase are very finely chased with scrolling, leaves, and flowers. The square base features burnished rectangular rectangular frames against a matte ground.

The Royal Porcelain Manufactory of Berlin, or K.P.M., was founded by Frederick the Great in the mid-18th century. Just a few decades later it employed nearly 400 artisans and had earned the patronage of the king, who purchased many vases and porcelain dinner services to give to close friends or as diplomatic gifts for foreign princes and leaders. During the 19th century his successors continued to honour this tradition, regularly ordering exceptional pieces. 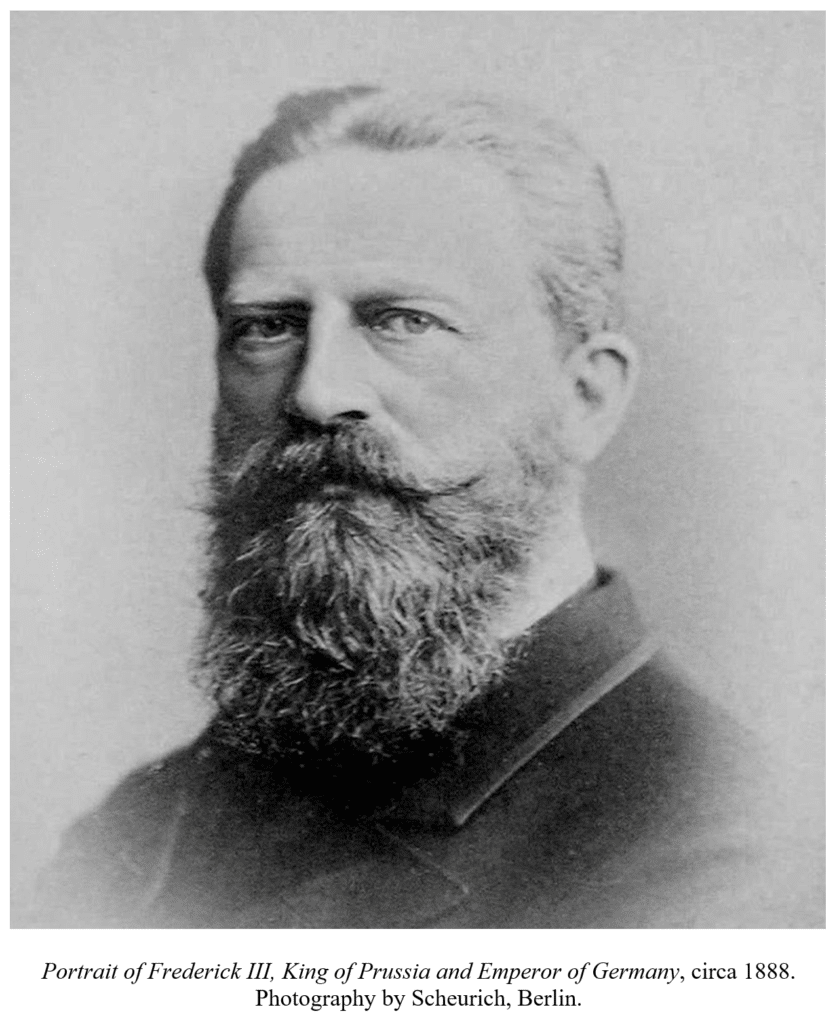 The present vase was no doubt created as a diplomatic gift. Its exceptionally fine decoration is devoted to Frederick of Hohenzollern (1831-1888), the son of William I of Prussia (1797-1888), one of the most important princely figures of the day. Born Frederick-William-Nicholas-Charles of Hohenzollern, despite his belated accession to the throne he played an important role in political and military crises, including the Austro-Prussian and Franco-German wars. In 1858 he married Princess Victoria of Great Britain. He had progressive ideas and often expressed his opposition to the solution of European conflicts by military means. He was favourable to the unification of Germany, but the brevity of his reign did not allow him to bring the project to fruition.


Wilhelm Escher is a porcelain painter active during the second half of the 19th century. 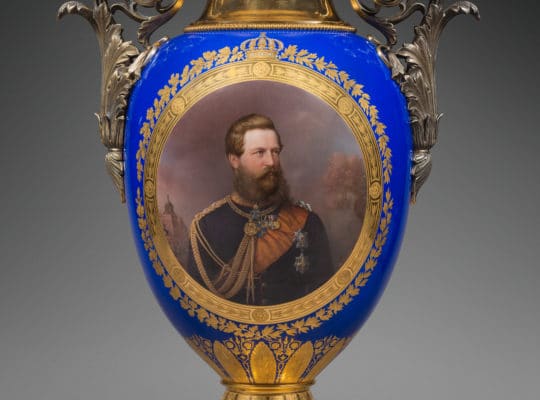 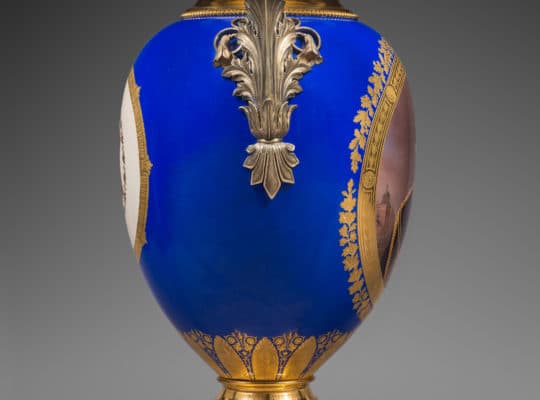 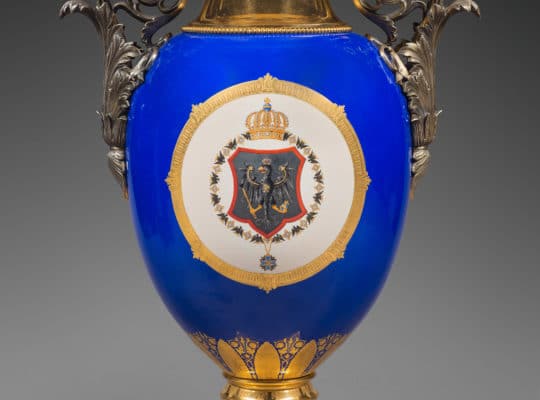 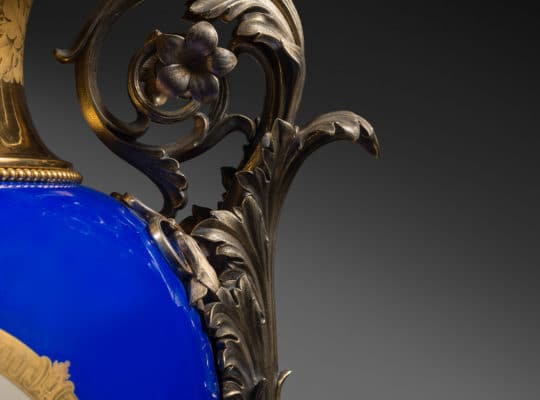 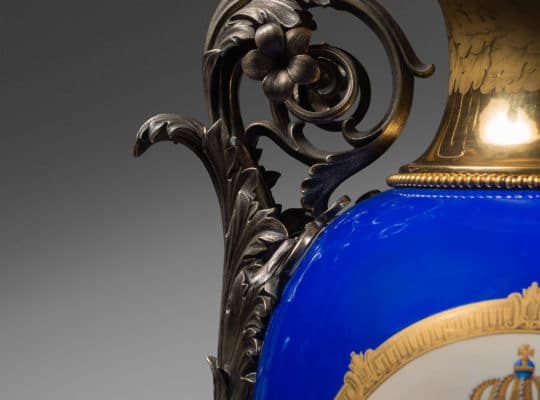 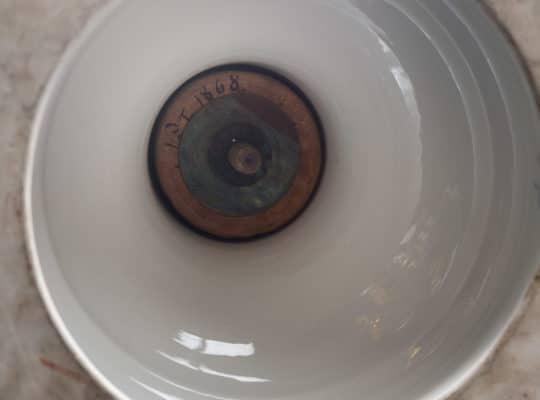 Write us
Call us
Print
Share
In the same category
K.P.M - Escher 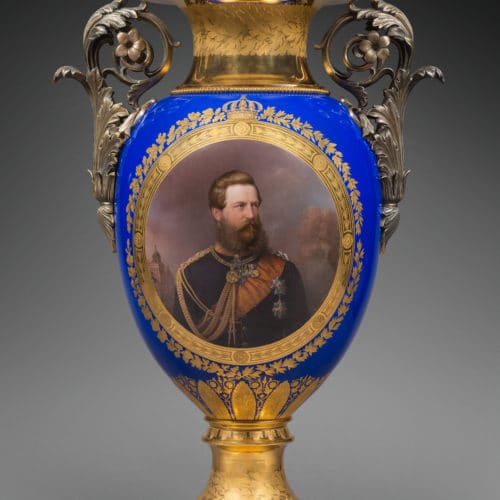