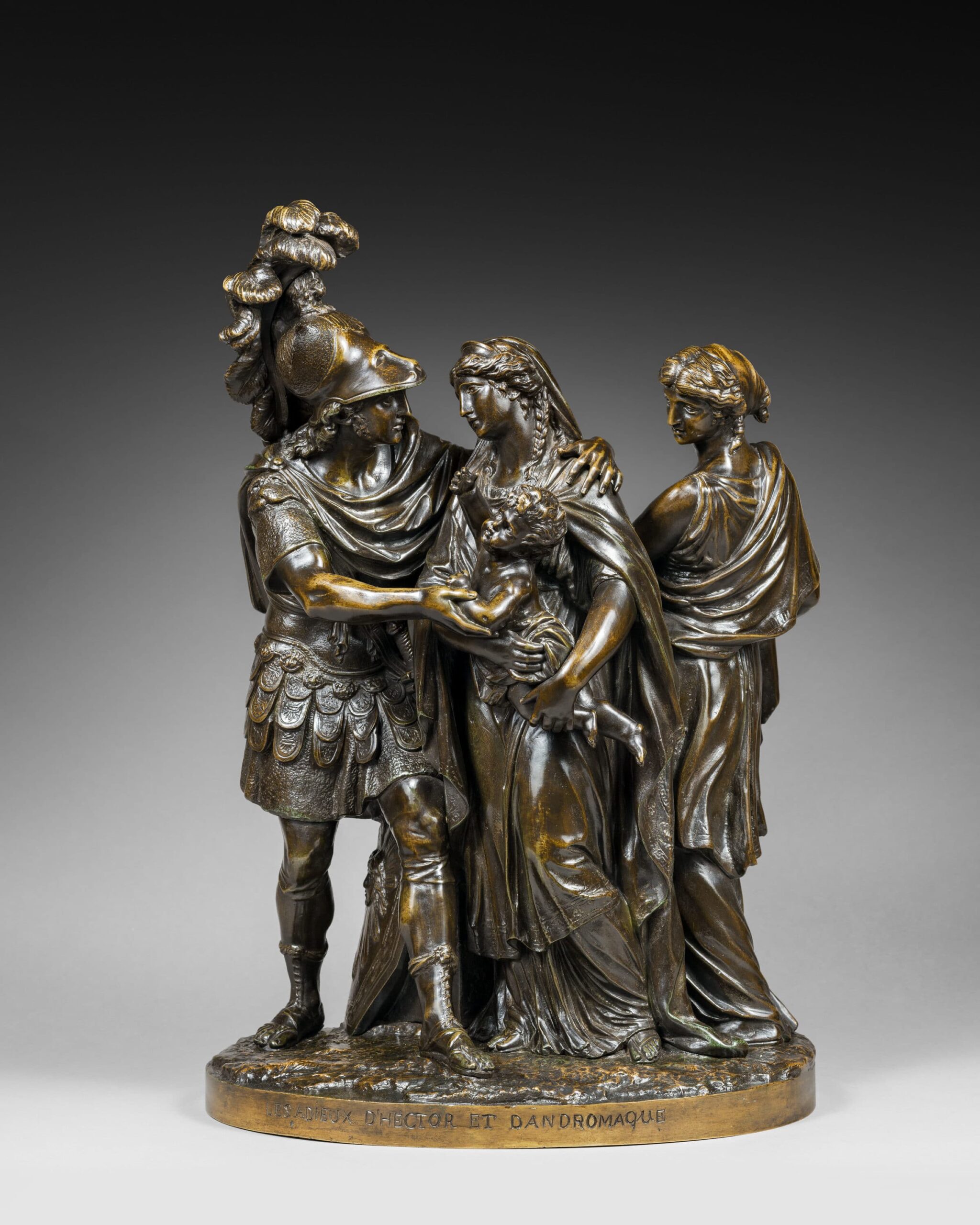 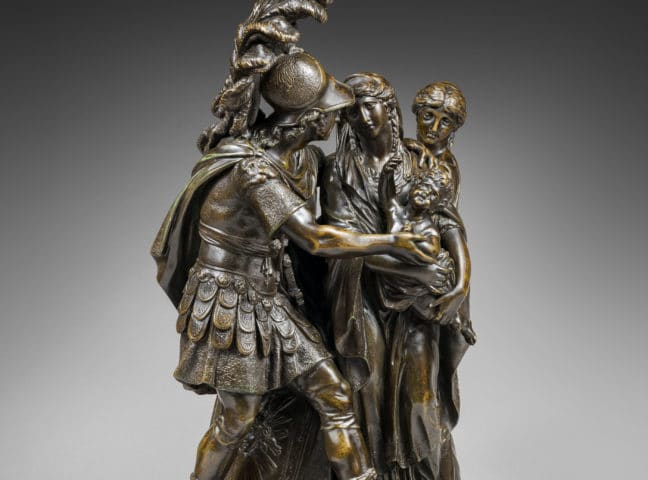 Attributed to Pierre-Philippe Thomire, created under the direction of Louis-Simon Boizot after a bisque group of the Sèvres Porcelain Manufactory

This very fine group featuring four figures illustrates one of the best-known episodes of classical mythology. The Trojan prince Hector is shown wearing a plumed helmet, a cloak, and antique armor. He embraces his wife Andromache, who is wearing a diadem and holds their son Astyanax in her arms as she gazes sadly at her husband. They stand next to a truncated column that stands on a rock. Behind them, a young woman holds the child’s cot. She may be either the nursemaid or Helen, who had become a friend of Andromache. The figures stand on a round plinth that is treated in a naturalistic manner. It bears the title “The Parting of Hector and Andromache”.

The theme of the farewell of Hector, the Prince of Troy and the son of King Priam, and his wife Andromache, was frequently treated by Parisian artists and artisans beginning in the final decades of the 18th century. Taken from the Iliad, the famous epic poem by the Greek poet Homer, it depicts the moment when Hector, about to combat Achilles and certain he will be defeated, says goodbye to his loved ones. This iconography was given a different treatment in the clock that the Lepautes delivered in 1805, which was to be placed on the mantel of the Grand Salon of the Petit Trianon, and is today in the French Public Collections (illustrated in M-F. Dupuy-Baylet, Pendules du Mobilier national 1800-1870, Editions Faton, Dijon, 2006, p. 111, catalogue n° 47). 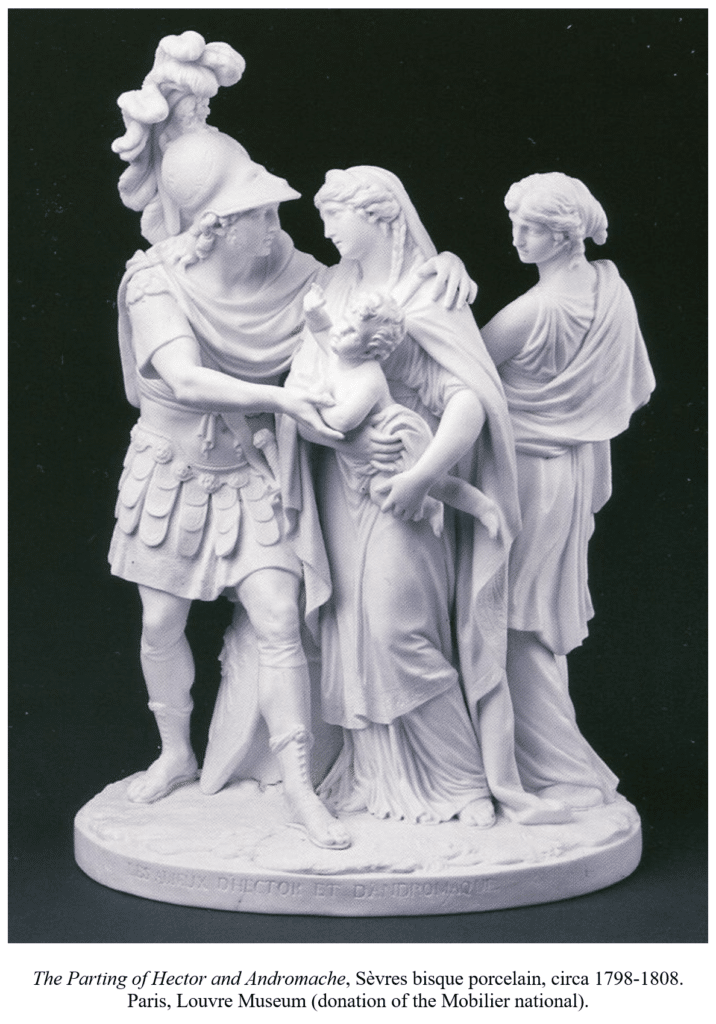 
The son of Antoine Boizot, a designer at the Gobelins tapestry manufacture, Boizot worked in the atelier of sculptor René-Michel Slodtz (1705–1764), who also trained Houdon. Boizot married Marguerite Virginie Guibert, the daughter of sculptor Honoré Guibert. In 1778 he was admitted to the Académie royale de peinture et de sculpture and exhibited at the yearly salons until 1800. His portrait busts of Louis XVI and Joseph II were created in 1777 and made in bisque porcelain at Sèvres.

From 1773 to 1800 Boizot directed the sculpture workshop of the Sèvres porcelain Manufactory, producing the series of unglazed biscuit figures with a matte finish resembling that of marble.

Boizot also created terracotta designs for gilt-bronze clock cases, such as that of the allegorical “Avignon” clock in the Wallace Collection in London, which was cast and chased by Pierre Gouthière in 1777. 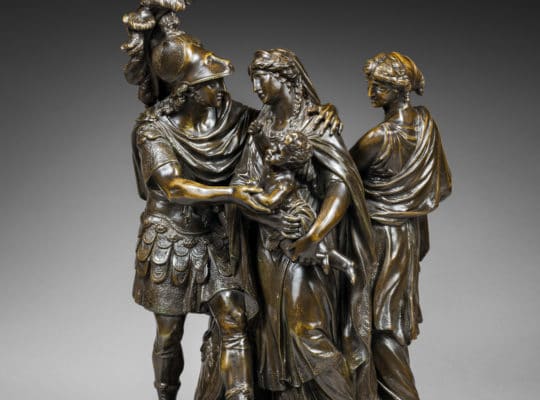 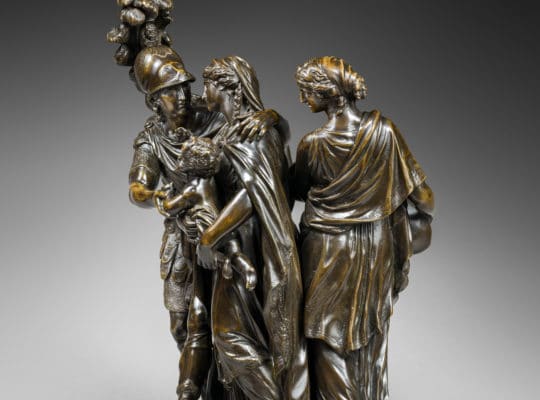 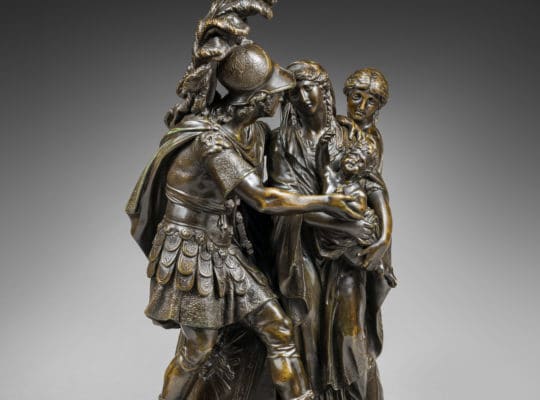 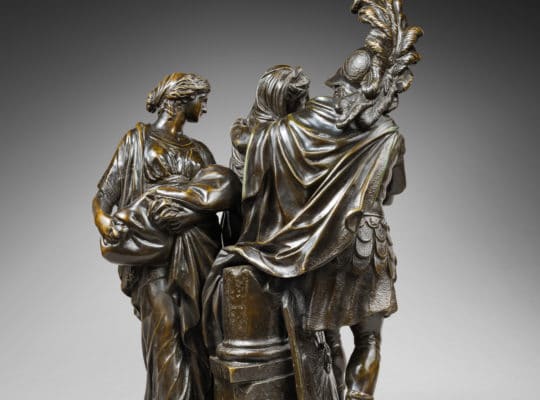 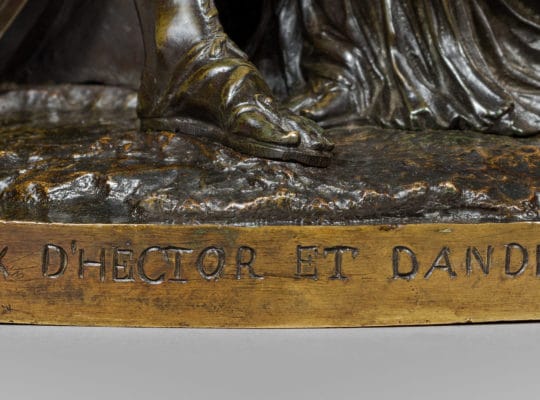 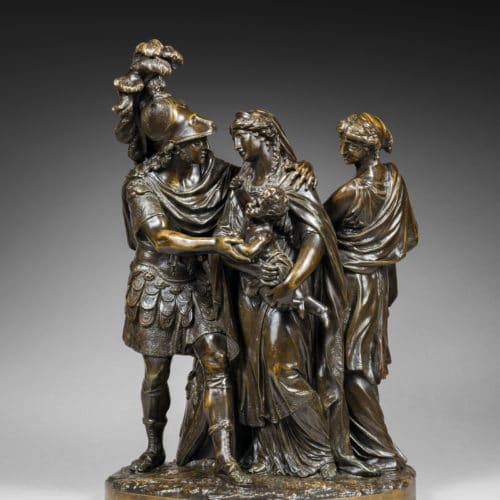