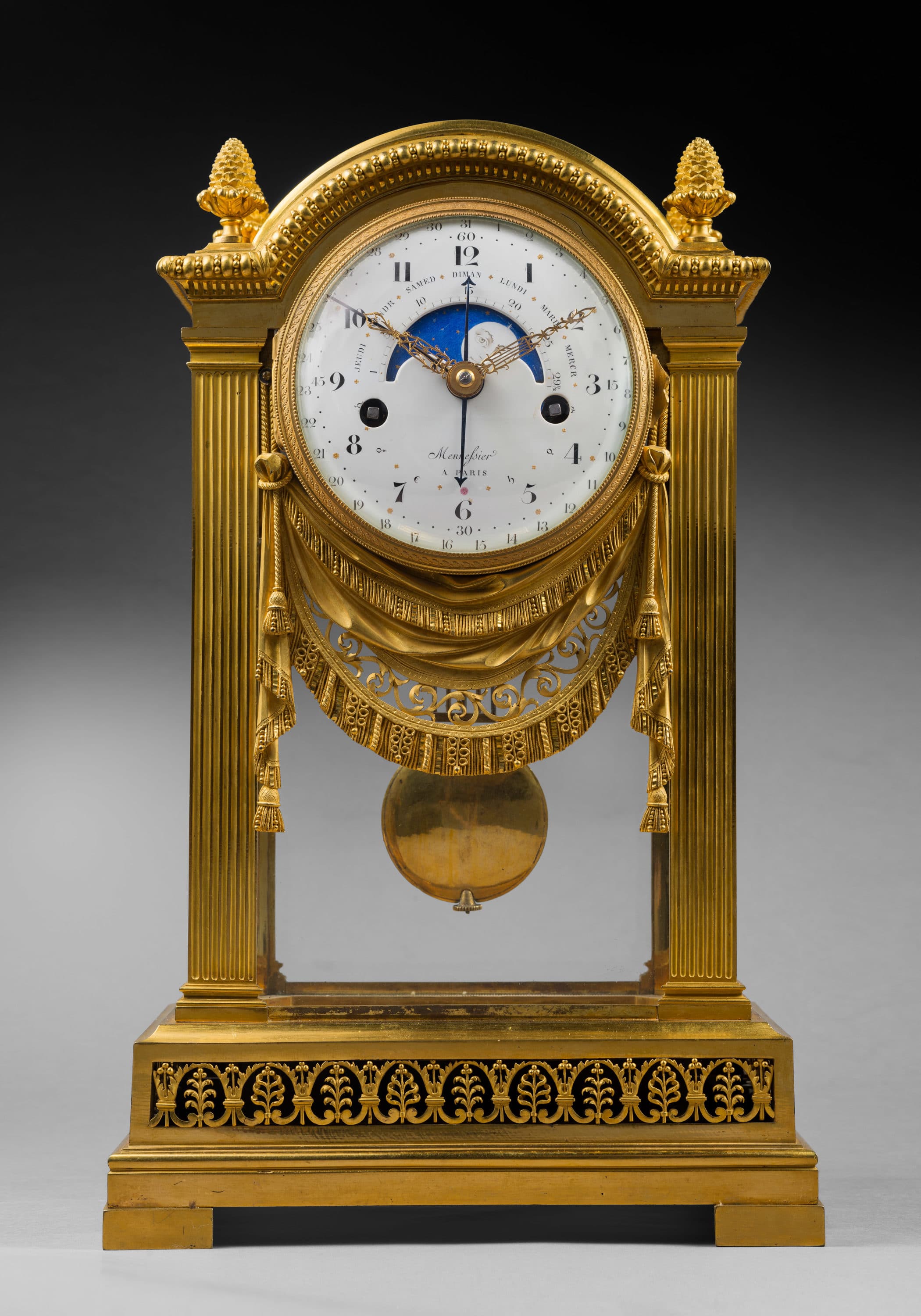 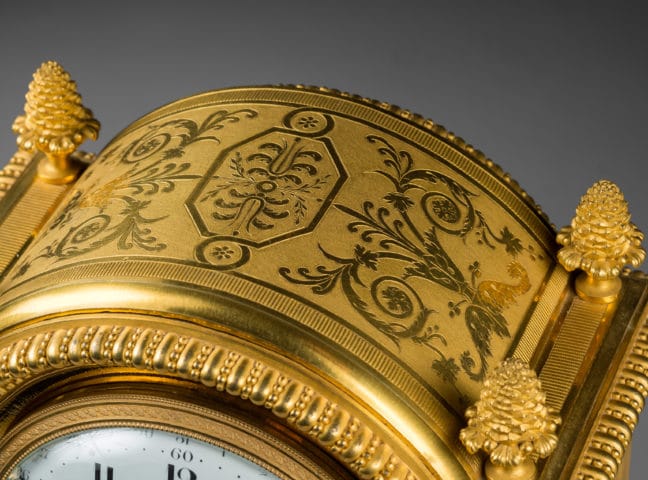 The enamel dial, signed Mennessier à Paris, indicates the hours, minutes and date in Arabic numerals, as well as the days of the week and the moon phases on a blue enamel ground studded with gold stars. The superb glazed architectural case is in finely chased gilt bronze. The arched pediment is ornamented with gadrooning and beading, with four pinecone finials; a pierced and fringed drapery hangs under the dial; the sides are composed of finely fluted pilasters with moulded bases and capitals. The stepped rectangular base is adorned with a pierced palmette and leaf frieze.

The elegant composition of this mantel regulator bears witness to the aesthetic explorations of Parisian bronziers and clockmakers of the last quarter of the 18th century. As of the mid-century a new artistic current, encouraged by artists and influential collectors, drew inspiration from recent events such as the discoveries of the ancient Roman cities of Pompey and Herculaneum. Enthusiastic collectors such as the Count of Caylus and Ange-Laurent Lalive de Jully gave a new impulse to the French decorative arts, still marked by the rococo style in vogue during the Louis XV period. Influenced by the forms and decorative vocabulary of Greek and Roman antiquity, the new Neo-classical style favoured pure lines and classical motifs such as the antique borne or cippus that gives its form to the present clock. The new style showcased the skill of the period’s remarkable artisans, as well as the mastery of many different materials. 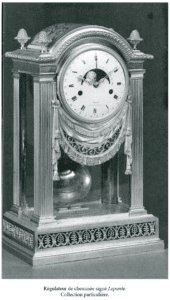 
The clockmaker Mennessier is not mentioned in horological dictionaries and despite investigations in the Archives Nationales, we were unable to discover anything more about him. His promising career appears to have been cut short by the Revolution. 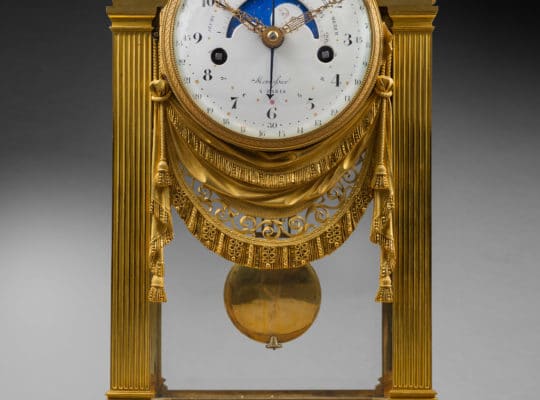 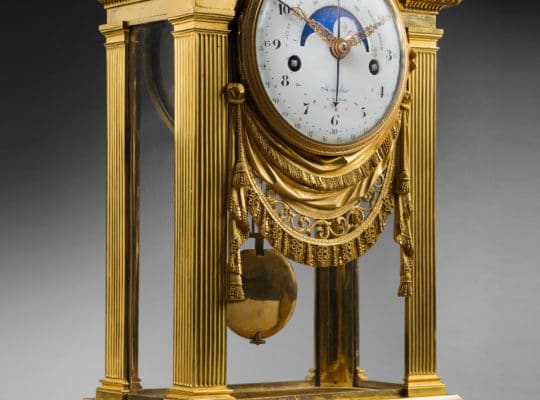 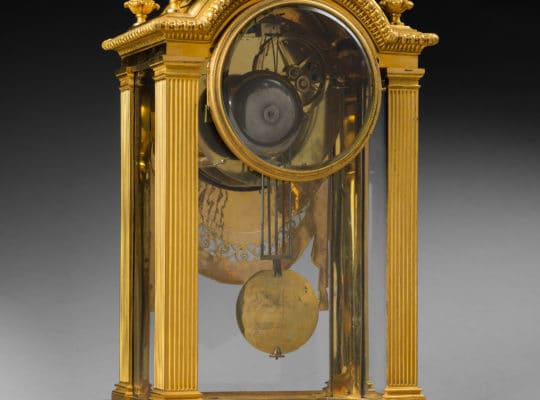 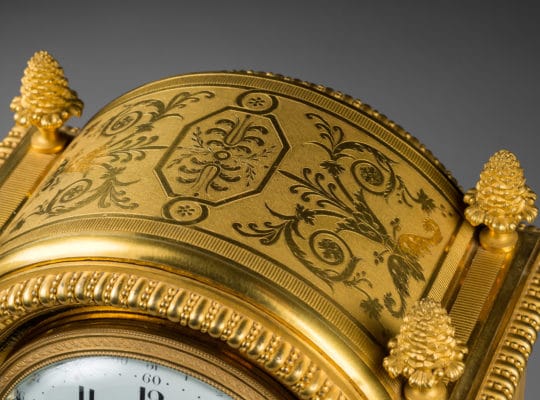 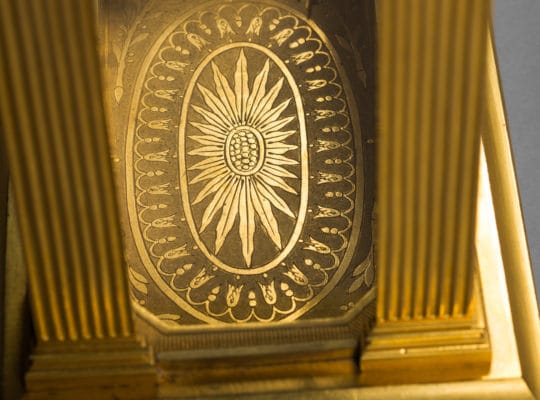 Write us
Call us
Print
Share
In the same category
Mennessier 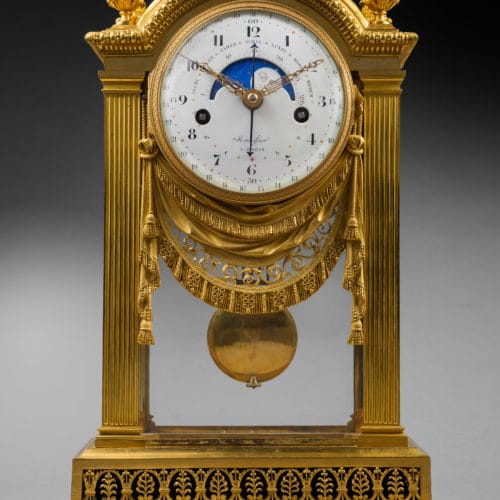