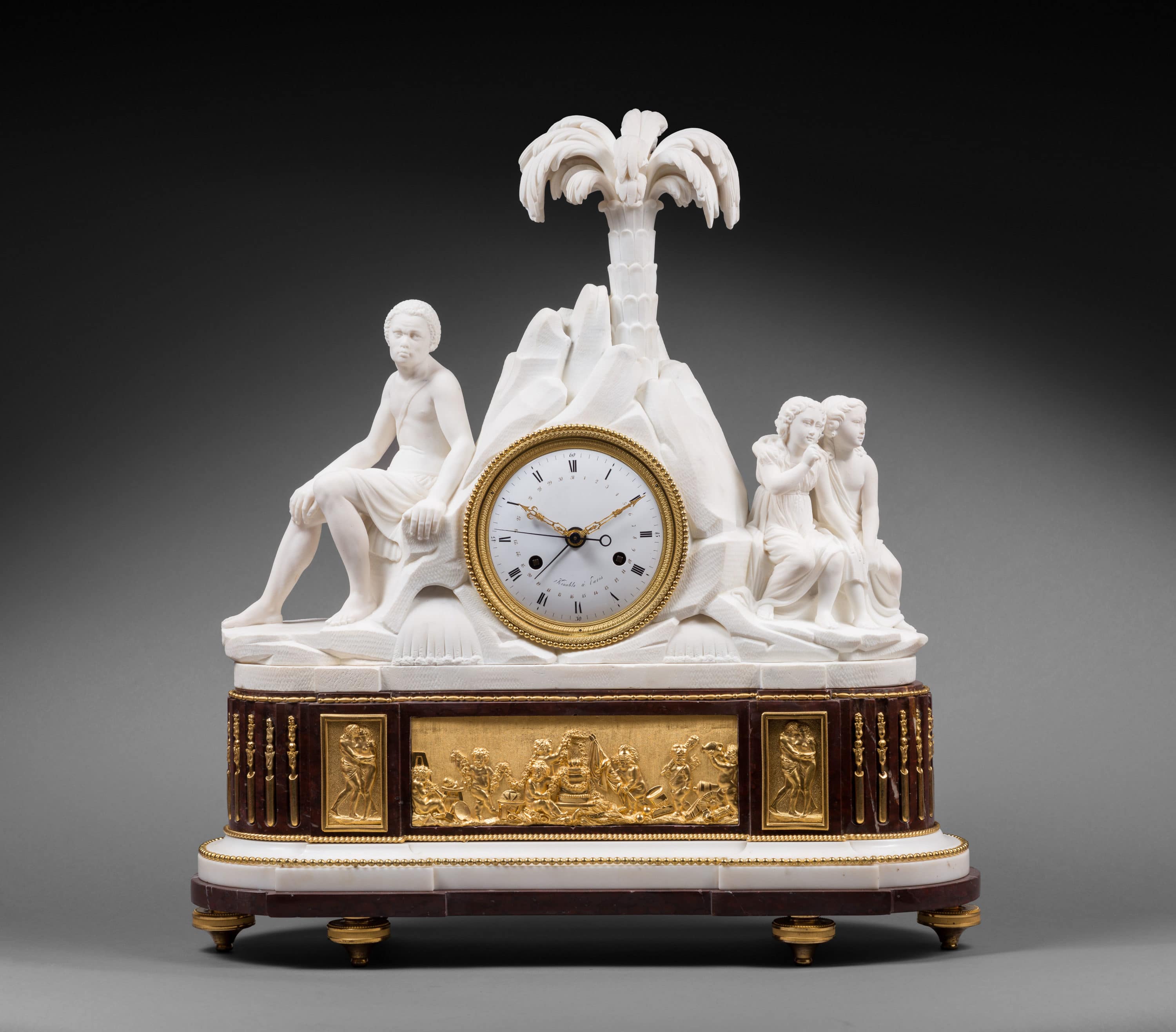 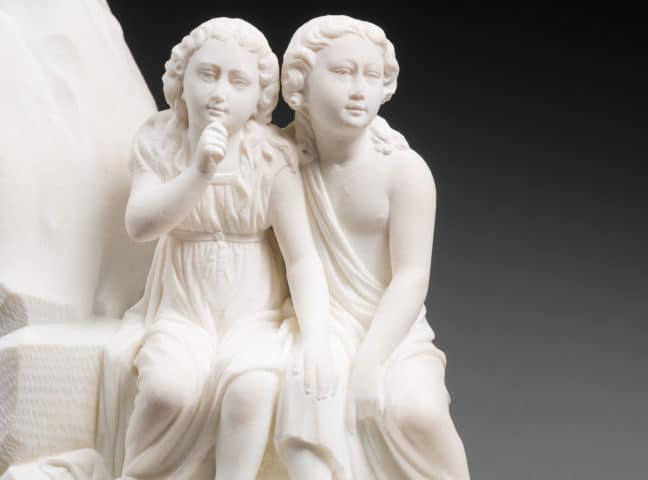 The round enamel dial, signed “Kinable à Paris”, indicates the hours in Roman numerals, with fifteen-minute graduations and the date in Arabic numerals. There is a centre seconds hand. The bezel is decorated with three different friezes featuring stylised foliage, including a leafy torus, leaves and seeds, and terminating in beadwork. It is housed in a magnificent white marble composition that depicts a rocky mound surmounted by a palm tree, to the right and left of which there are figures. On the right hand side, a young lightly clad black man who represents Domingue; on the other side sit the two young protagonists, Paul and Virginie. The Italian red griotte marble quadrangular base has rounded sides and fluting decorated with gilt bronze mounts; it features low relief scenes including a frieze of cherubs in the manner of Clodion. The white marble moulded plinth is highlighted by beading and is itself set upon a shaped Italian red griotte marble base. The whole is raised upon six chased and gilt toupie feet.

It was during the final years of the Ancien Régime – more precisely, during the last decade of the 18th century– that the first “au nègre” or  “au bon sauvage” clocks appeared.  They reflected a philosophical movement that found expression in several literary and historical works, and particularly Paul et Virginie, Bernardin de Saint-Pierre’s popular novel published in 1787. It tells the story of two children living on the Île de France, who, though from different families, were brought up together as brother and sister, and fall in love. 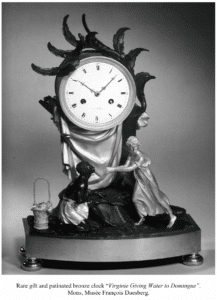 A few late 18th century clocks depict the story of Paul et Virginie, sometimes including the slave Domingue, who was the two young lovers’ confidante. Among the few rare examples known, one model, representing Virginie and Domingue under a lemon tree, is in the François Duesberg in Mons (illustrated in E. Niehüser, Die französische Bronzeuhr, Munich, 1997, p. 153). The present clock, almost certainly unique, is thematically close to the Duesberg museum example, but the striking choice of material – white statuary marble – as well as its elaborate composition, make it one of the finest examples known to date. Kinable, the clockmaker whose signature appears on the enamel dial, was one of the best Parisian clockmakers of the period.


Dieudonné Kinable is one of the most important Parisian clockmakers of the late 18th century. His shop was located at n° 131 Palais Royal. He purchased a great number of lyre-type porcelain clock cases from the Sèvres porcelain factory, acquiring twenty-one cases in different colours. He worked with the finest artisans of the time, among them the famous enamellers Joseph Coteau (1740-1801) and Etienne Gobin, known as Dubuisson (1731-1815), both of whom furnished him with dials. Several of his pieces are mentioned as belonging to the most important collectors of the Empire period, including the Duchesse of Fitz-James and André Masséna, Prince of Essling and Duke of Rivoli, a Napoleonic Marshall. 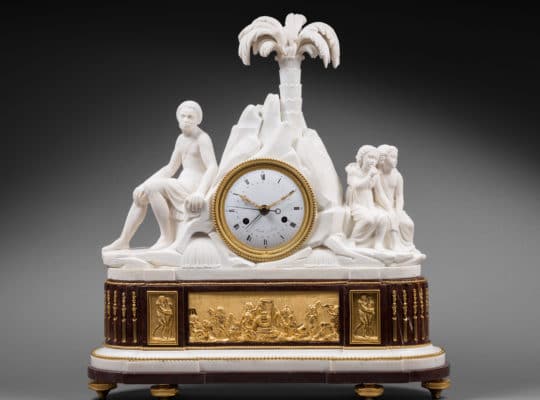 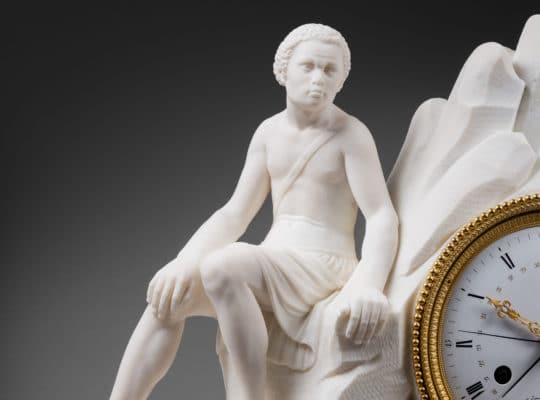 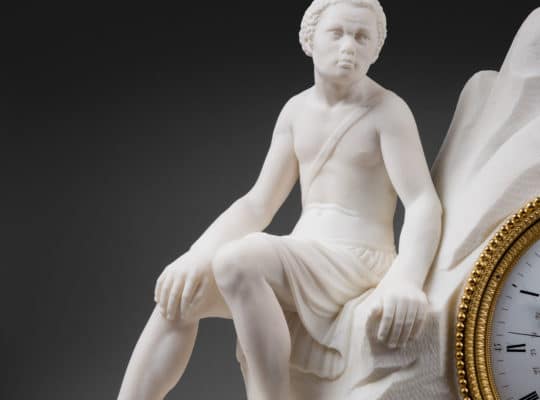 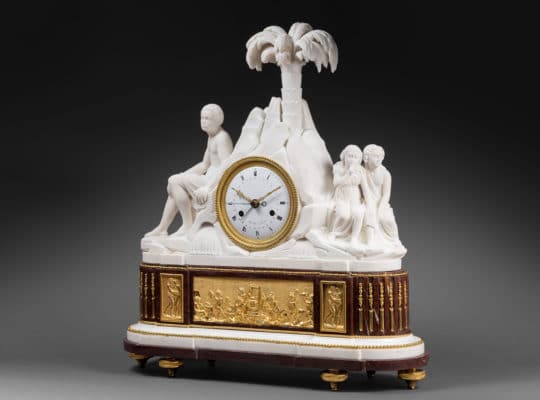 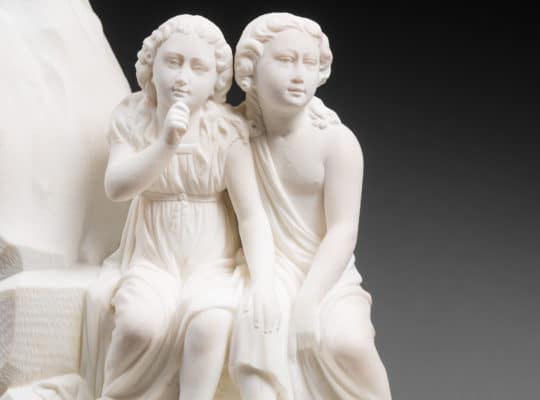 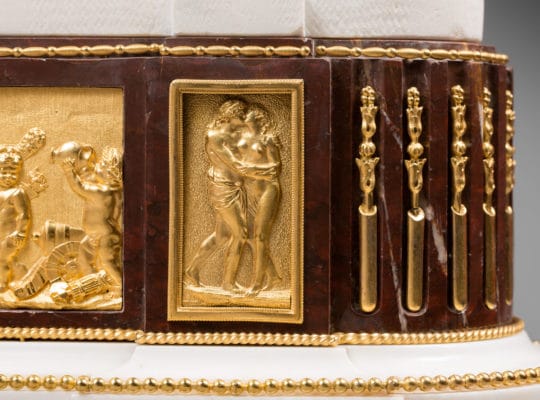 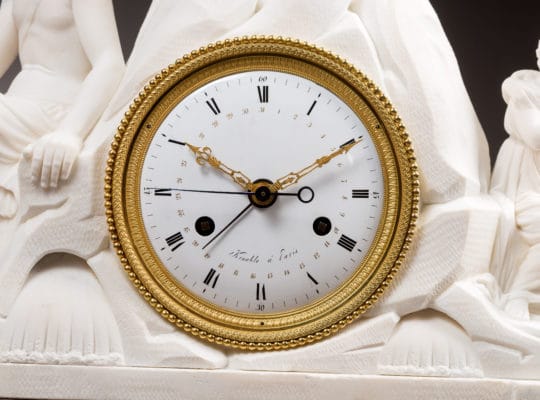 Write us
Call us
Print
Share
In the same category
Kinable 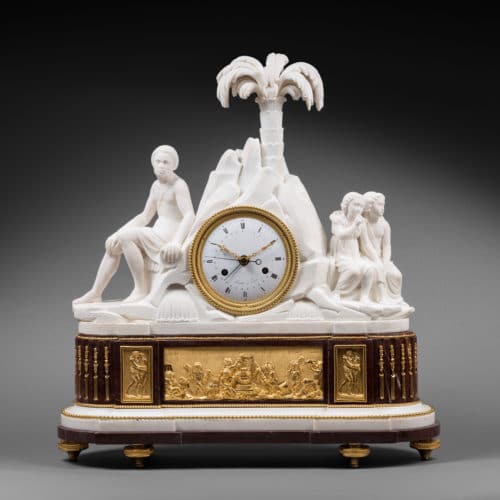