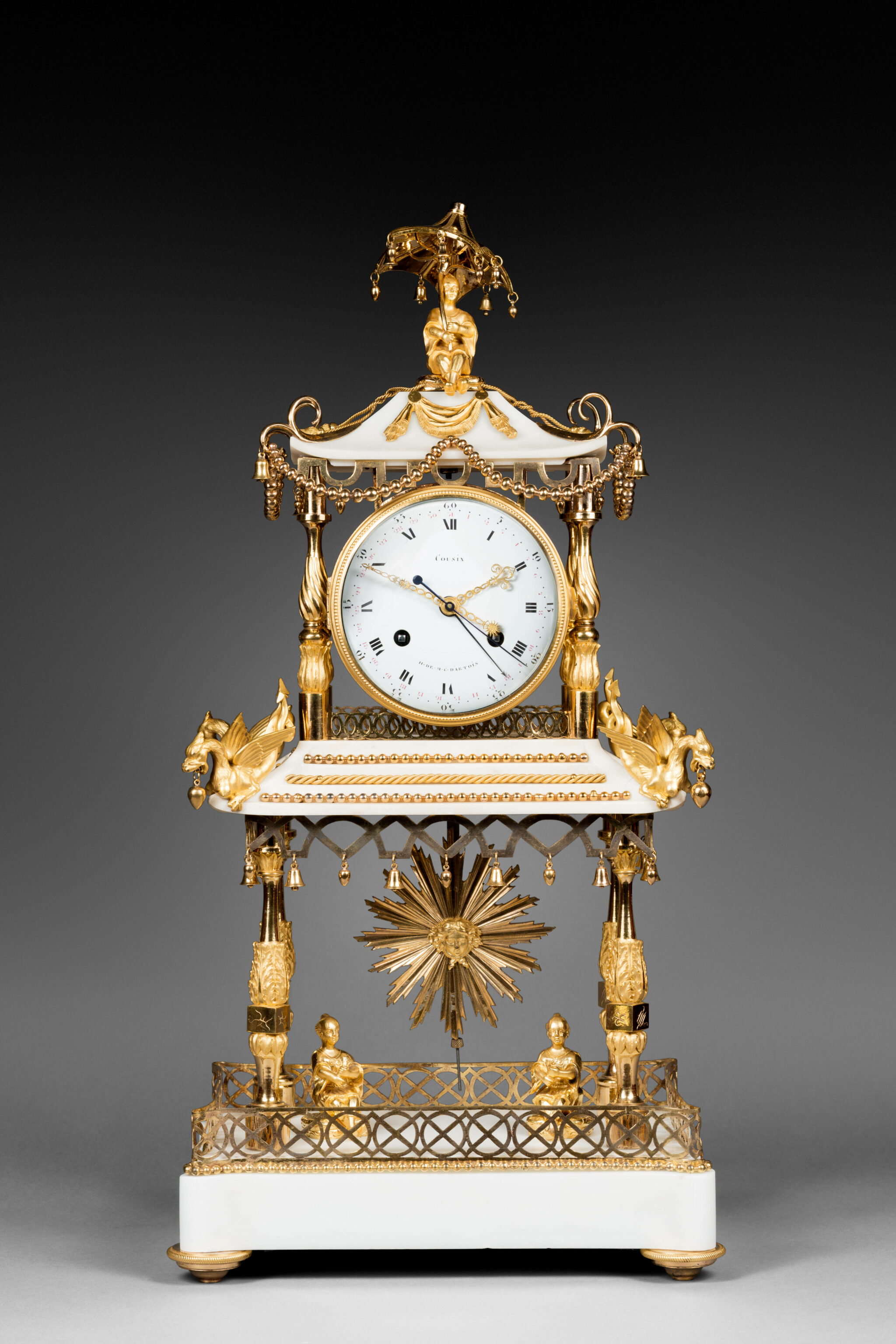 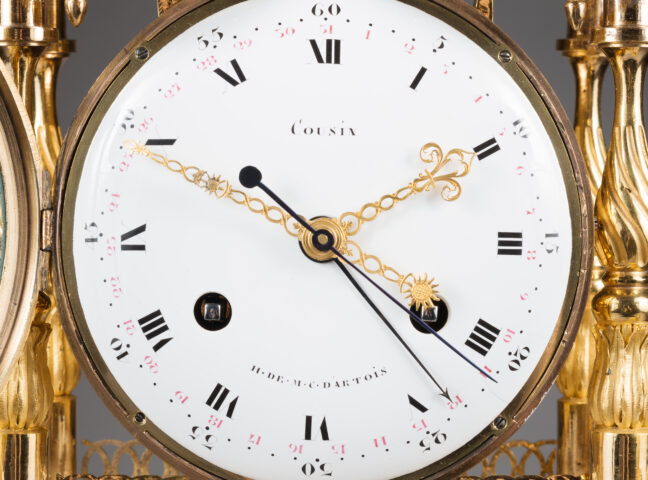 The round white enamel dial, signed “Cousin H. De. M. C. D’Artois”, indicates the Roman numeral hours and the Arabic five-minute intervals and date by means of three hands, two of which are made of pierced and gilt bronze. The movement is housed in a fine architectural case in the form of a Chinese pagoda, which is made of finely chased matte and burnished gilt bronze and white statuary marble. The two-tiered pagoda features a lower level supported by four columns that surround the solar-form pendulum. They are adorned with leaves and cubes decorated with engraved motifs. The entablature is in the shape of a tapering, stepped tapering roof embellished with bead and twisted cord friezes, whose corners are adorned with dragons holding bead pendants in their mouths. The plinth below features openwork geometric friezes that are strung with bells, and above an openwork balustrade of interlacing circles. The four upper columns, adorned with leaves and spiral fluting, frame the drum case that houses the movement and support the roof, which is decorated with flowers, twisted cords, fringed draperies, bells, and bead swags, and is surmounted by a Chinese figure who is seated on a cushion and holds a parasol with bells. The quadrangular base with rounded corners features a balustrade that is adorned with circles, crosses, and beads, with two further Chinese figures standing on the plinth. The clock is raised upon four toupie feet.

This rare mantel clock is among the French objets d’art created in the Chinoiserie style, which strongly influenced the French decorative arts during the 18th century due to the great enthusiasm of many influential Parisian collectors for objects made in the Orient, and particularly in China and Japan. This movement was influenced by French creations of the late 17th and early 18th centuries, largely as a result of the embassy sent to French King Louis XIV by the King of Siam in 1686, during which the Siamese ambassadors presented numerous gifts to Louis XIV. This immediately created a fashion for objects from the Orient, and resulted in the creation of objects decorated with Oriental motifs and figures. The present clock was created within this particular context. It may be compared to a model created around the same time, which features a pagoda supported by palm trees under which a Chinaman is sitting, one example of which is today in the Nissim de Camondo Museum in Paris. A second example is illustrated in P. Kjellberg, Encyclopédie de la pendule française du Moyen Age au XXe siècle, Paris, 1997, p. 282. The identity of the bronze caster who created the model is currently not known; however certain motifs, particularly the openwork geometric friezes decorated with beads and bells are reminiscent of the work of the renowned Parisian bronzier François Rémond, and in particular that of an exceptional Japanese lacquer writing case that Marie-Antoinette commissioned around 1785 (see the exhibition catalogue Marie-Antoinette, Galeries nationales du Grand Palais, Paris, 2008, p. 199, catalogue n° 140). 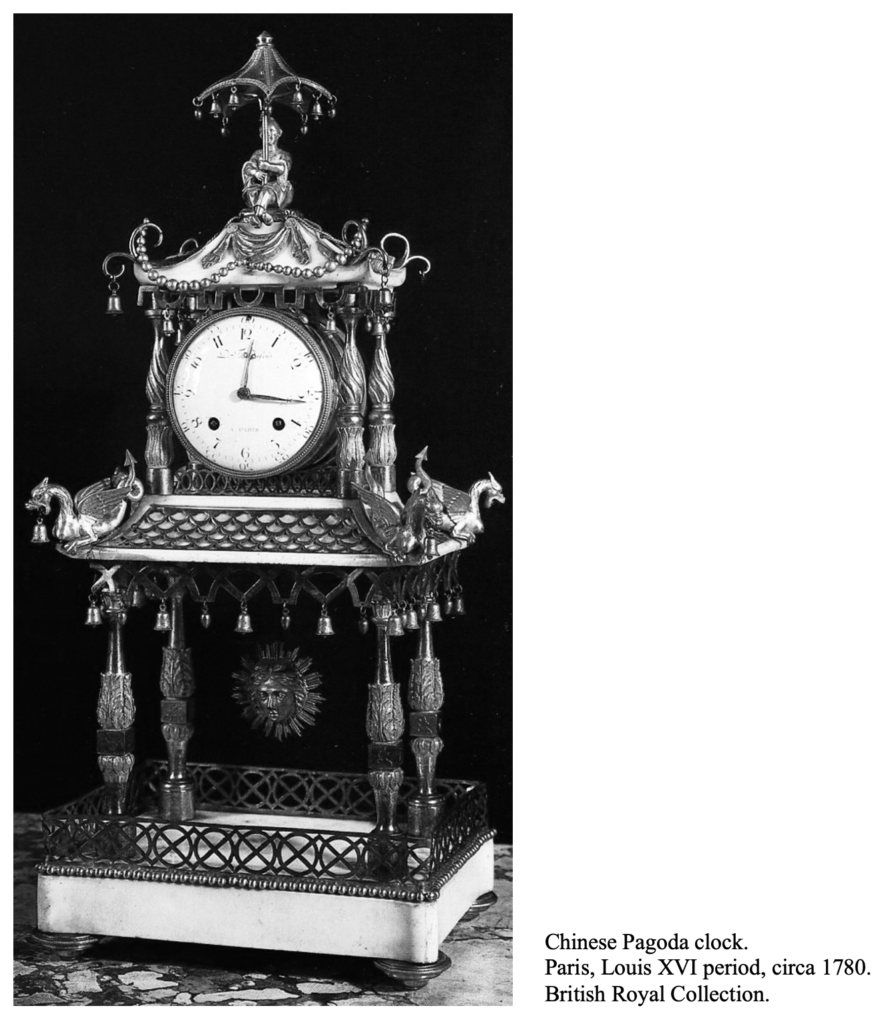 Today only a handful of identical clocks are known. Among them, one example is in the collection of Susan and John Gutfreund in New York (see E. Evans Eerdmans, Henri Samuel, Master of the French Interior, New York, 2018, p. 208). A second example, whose dial is signed “Gavelle l’aîné “, which is embellished with a porcelain group from the Locré factory, is illustrated in G. and A. Wannenes, Les plus belles pendules françaises, De Louis XIV à l’Empire, Florence, 2013, p. 288. One further “Chinese pagoda” clock is in the British Royal Collection, and was formerly the collection of the Queen Mother (shown in C. Jagger, Royal Clocks, The British Monarchy & its Timekeepers 1300-1900, London, 1983, p. 138, fig. 188).


Joseph-Simon Cousin is one of the most important Parisian clockmakers of the final third of the 18th century. After serving his apprenticeship with Pierre-Laurent Gautrin, he became maître horloger on June 5, 1778, opening a workshop in the rue de Harlay. He quickly became successful and soon received the coveted title of Horloger de Monseigneur le Comte d’Artois (brother of King Louis XVI). 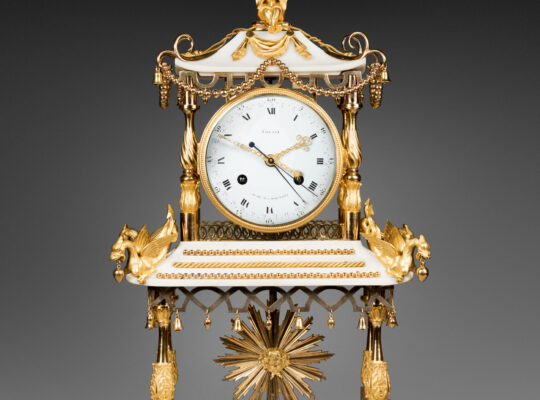 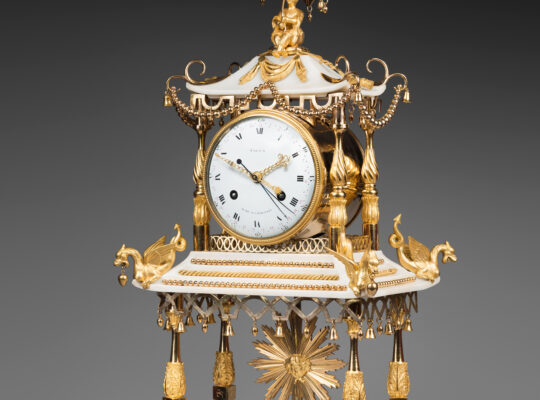 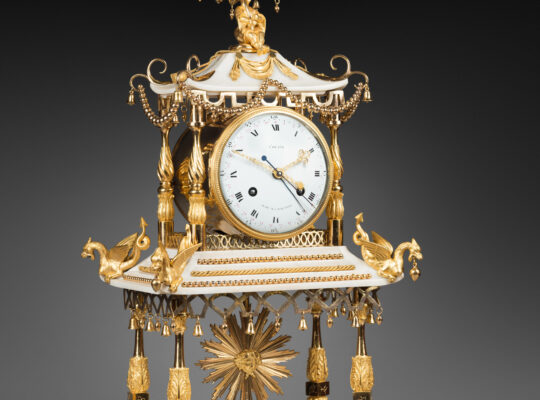 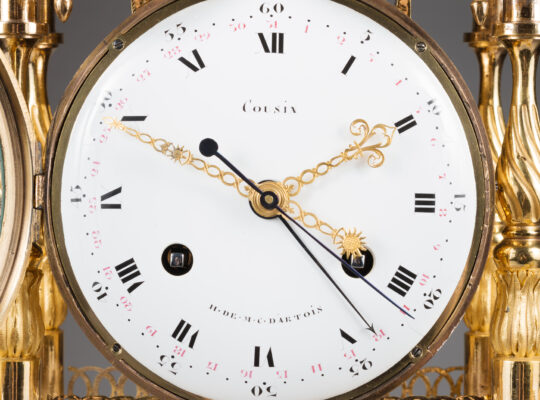 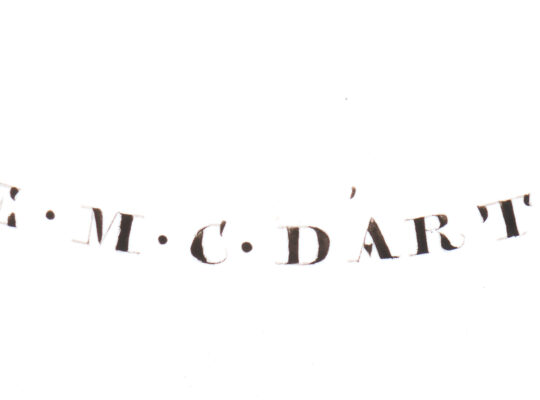 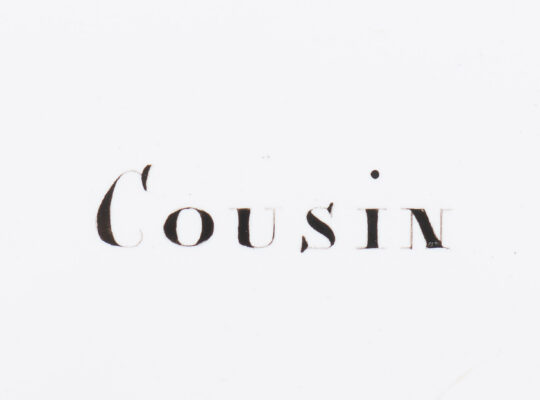 Write us
Call us
Print
Share
In the same category
Cousin 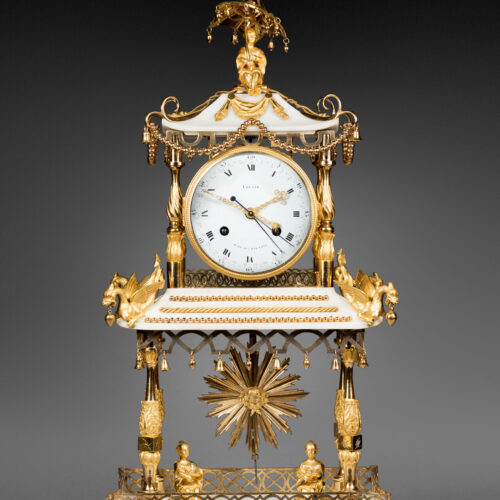