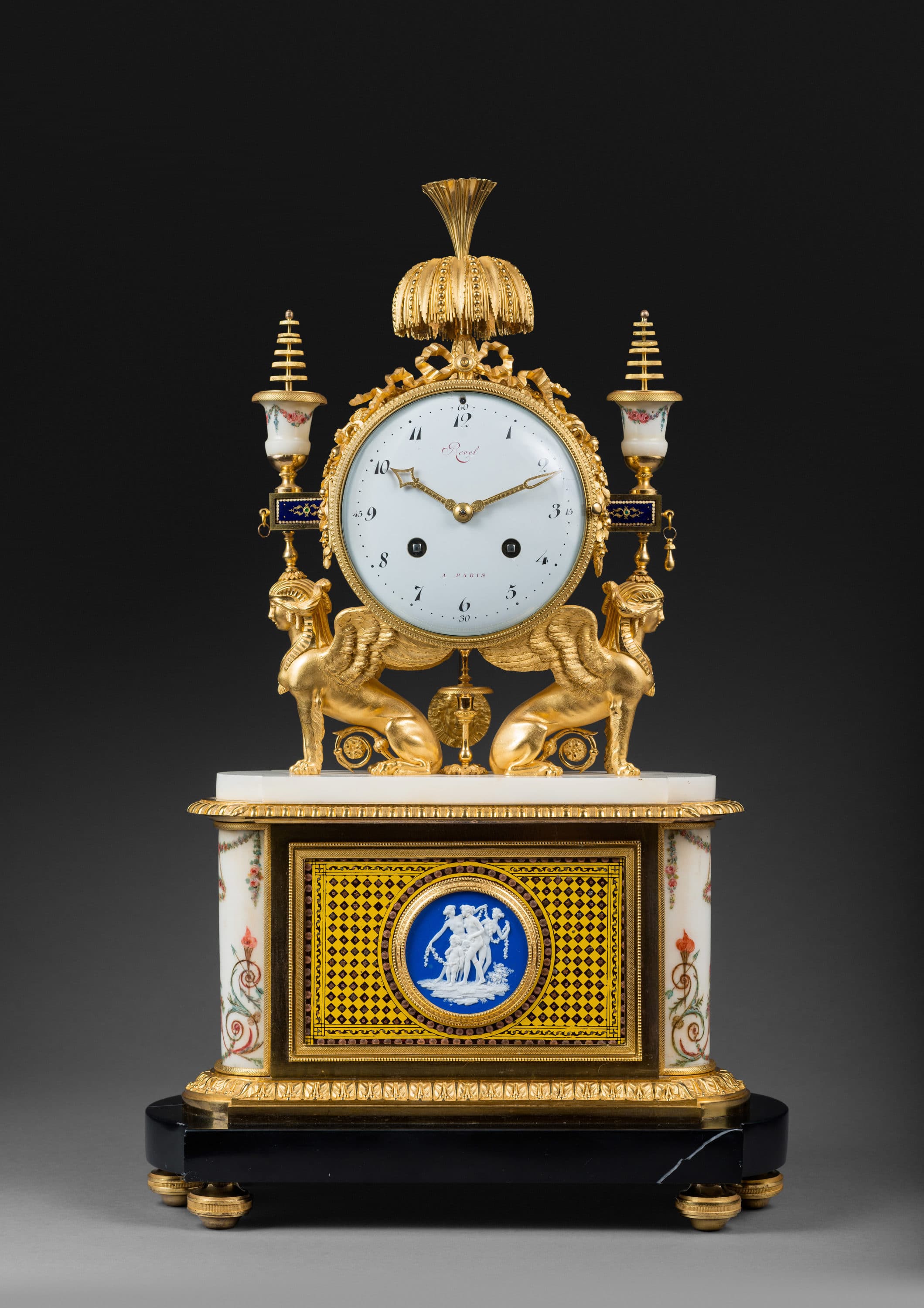 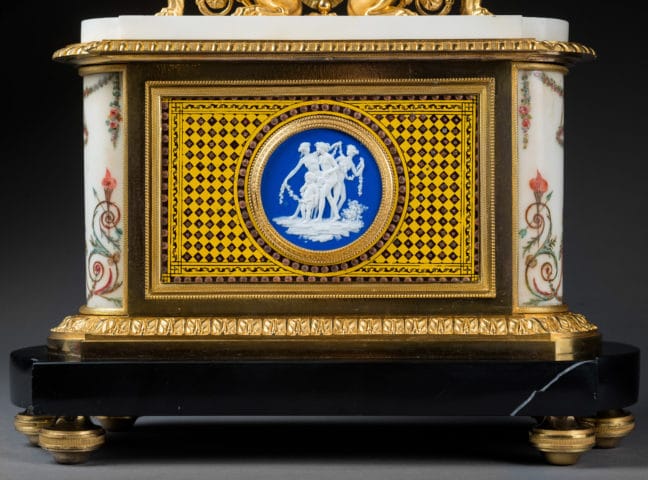 The enamel dial, with Arabic hours and minutes, is contained within a drum-shaped gilt bronze case adorned with ormolu flower garlands and a ribbon bow; at its summit there is a finely chased ormolu plume. On either side of the dial, two winged sphinxes coiffed with nemes headdresses support entablatures decorated with enamel plaques, which are surmounted by topiary vases. The base, with rounded white marble sides that are finely painted with polychrome arabesque motifs, has a central paste-decorated verre églomisé plaque centred by a blue imitation Wedgwood bisque medallion with a low-relief depiction of the three Graces. Stylised gilt bronze friezes provide highlights; the base is of black marble.

This clock’s elegant design places it among the most remarkable animal-themed clocks made during the last quarter of the 18th century in Paris. The rare known similar examples feature the same combination of rare and precious materials. One example was formerly in the collection of the Radziwill Princes, in the Château d’Ermenonville (sold in Paris by Me Ader on March 8, 1933, lot 31); a second piece, with dial signed Lechopié à Paris, was formerly in the collection of Mrs. Thelma Chrysler Foy (Parke-Bernet Galleries, New York, May 15 and 16, 1959, lot 295); a third is illustrated in P. Kjellberg, Encyclopédie de la pendule française du Moyen Age au XXe siècle, Paris, 1997, p. 281; one last example, whose dial is signed F.L. Godon, is in the Spanish Royal Collections (illustrated in J. Ramon Colon de Carvajal, Catalogo de Relojes del Patrimonio Nacional, Madrid, 1987, p. 77, catalogue n° 61). 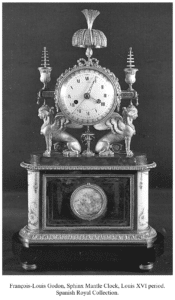 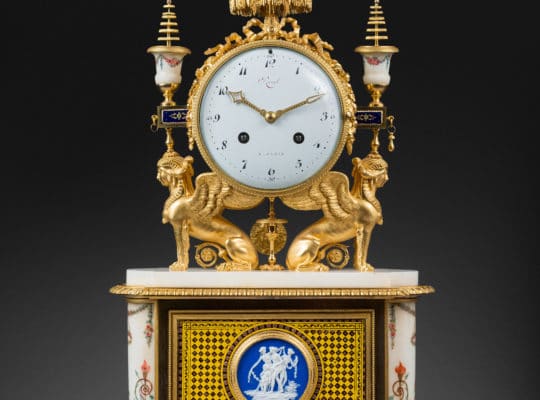 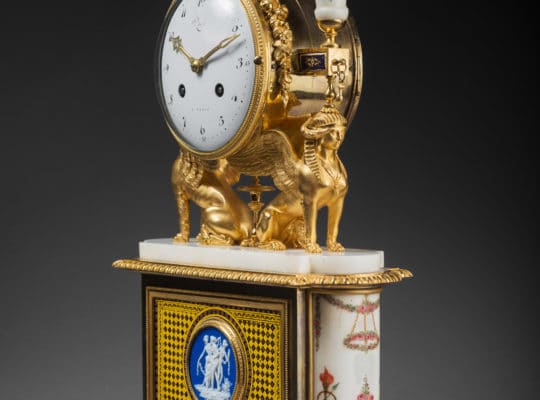 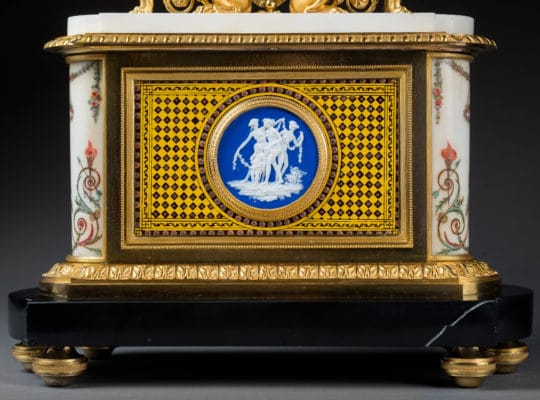 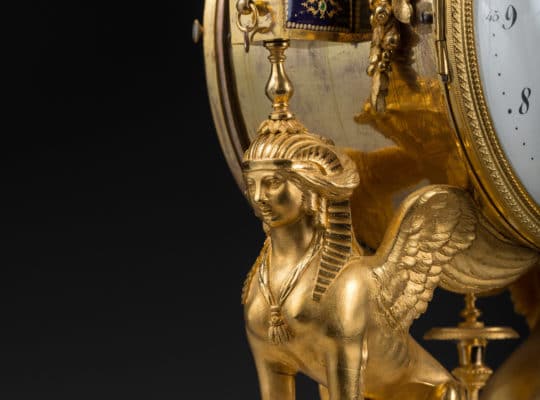 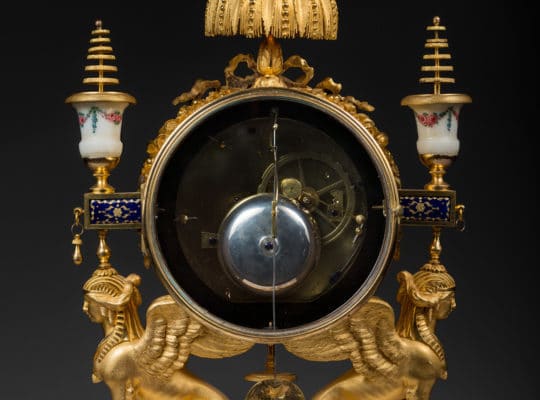 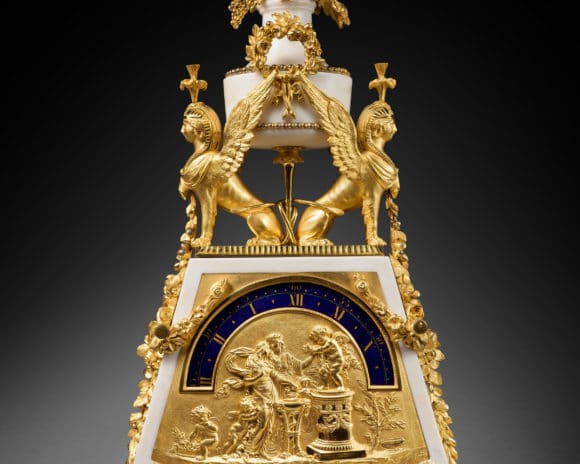 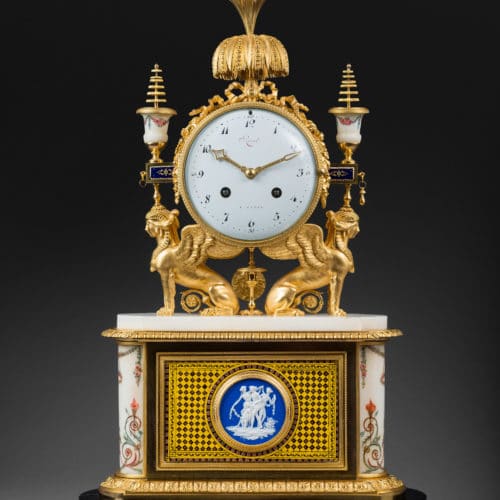