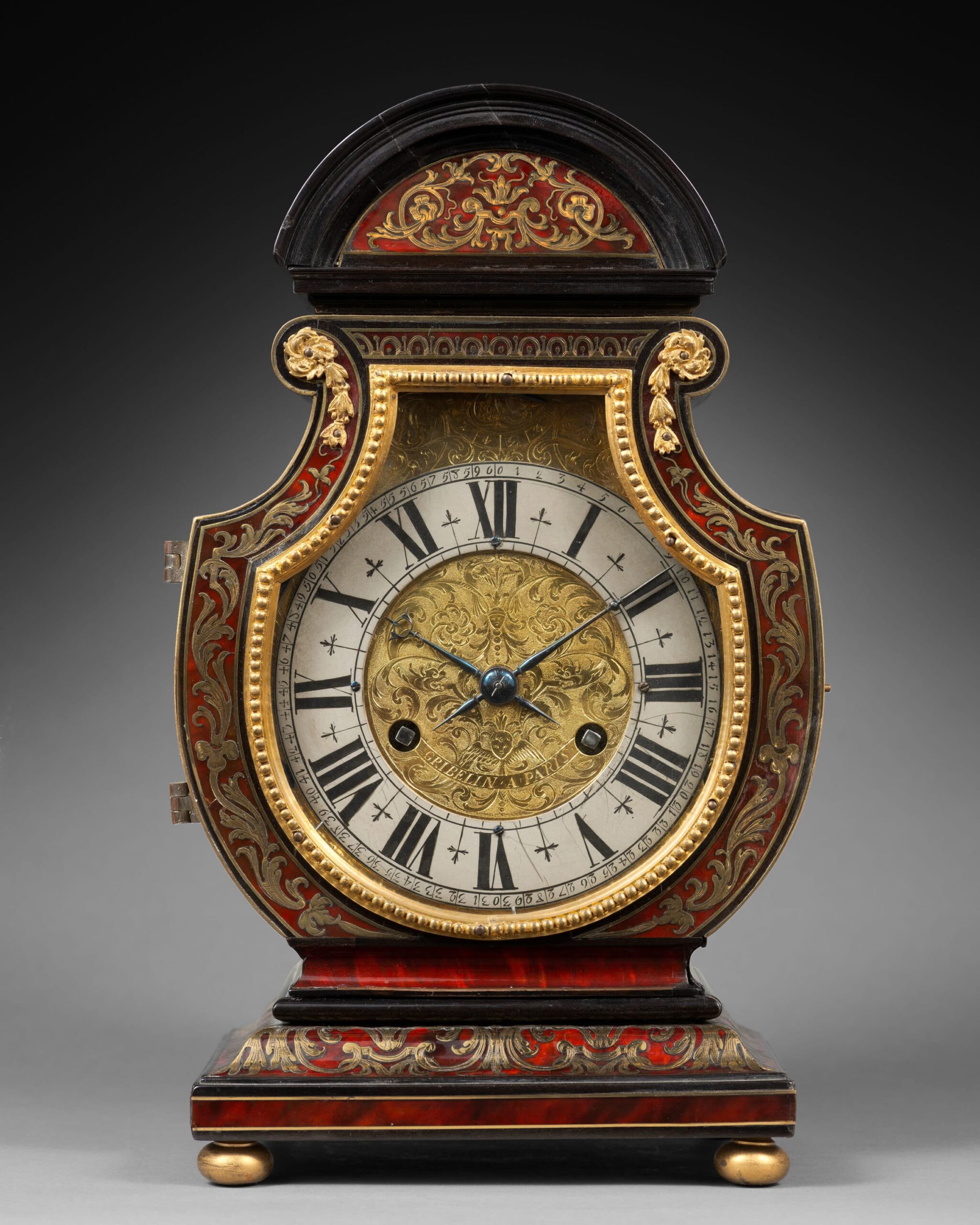 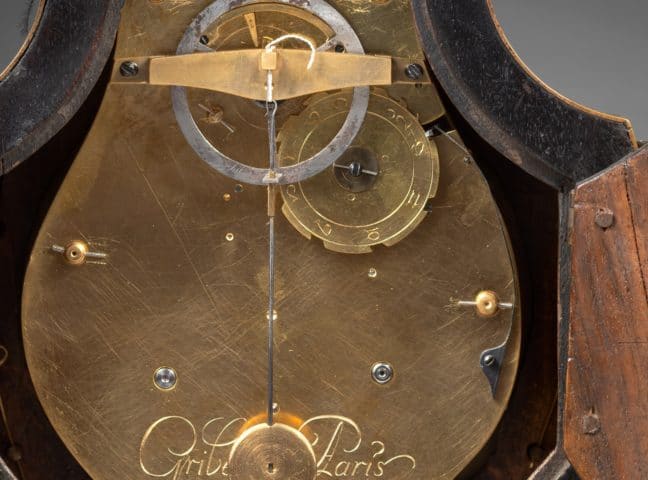 The silvered metal annular dial indicates the Roman numeral hours and the outermost Arabic numeral minutes by means of two polished steel hands. It is set against a gilt brass plaque that is finely engraved with leaves and scrolls; in a semi-circular reserve it bears the signature “Gribelin à Paris”. In its upper portion there is a manual adjustment for advance and retard. The lyre-shaped molded ebony case with curved pediment and sloping base is elaborately adorned with motifs in the manner of Bérain,in brass that is delicately engraved with alternating friezes, covered vases, entablatures, leaf scrolls, wide leaves and flowering branches. The case’s curves are adorned with brass bands that are also engraved, featuring floral motifs, two spiral rosettes adorned with garlands, and a cabochon frame. The plate of the hour and half-hour striking movement is also signed “Gribelin à Paris”. In the upper portion of the clock there is a bell struck by a hammer that is surmounted by a bouquet of acanthus leaves. The clock stands on four flattened ball feet.

The present rare desk clock is a perfect example of the extraordinary elegance exhibited by Parisian horology during the reign of King Louis XIV. At the time clockmakers produced exceptional pieces that associated elegant design, rare and precious materials, and technical innovations developed by some of the greatest clockmakers of the period. The remarkable design of the present clock, unlike the more banal and common models known as “tête de poupée”, appears to have been inspired by the work of important artists of the time. Among them was Daniel Marot (1663-1732) whose work “Nouveau Livre de boîtes de pendules, de coqs et étuys de montres et autres nécessaires aux orlogeurs”, published in Amsterdam, became immensely successful among the French artisans of the late Louis XIV period (three plates from this book are reproduced in P. Kjellberg, Encyclopédie de la pendule française du Moyen Age à nos jours, Les éditions de l’Amateur, Paris, 1997, p. 41). 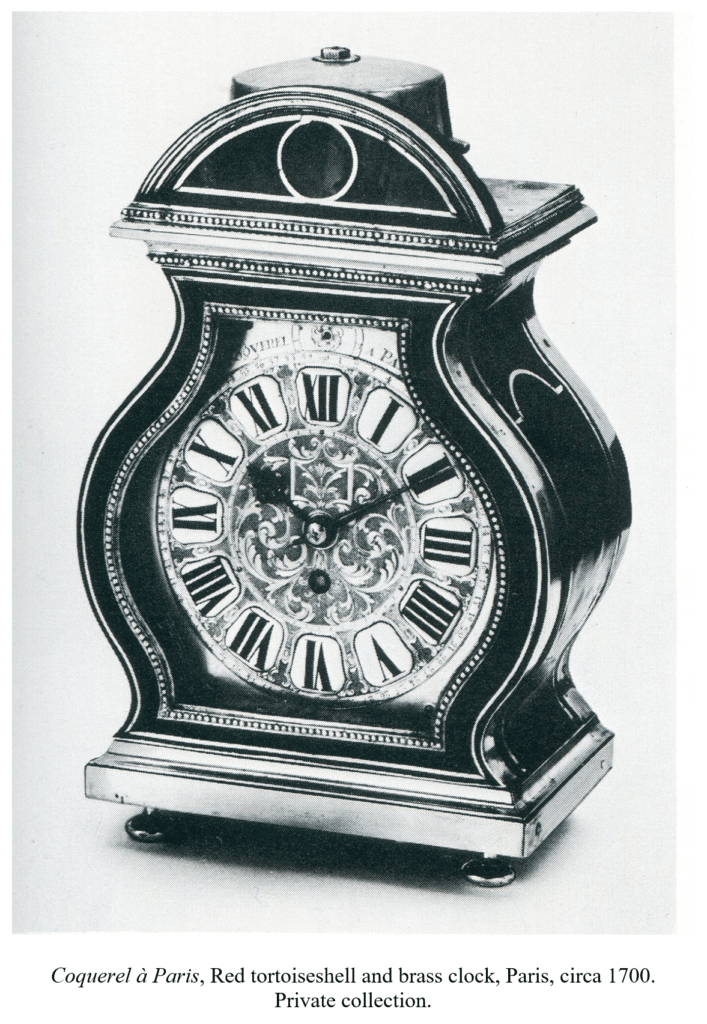 
The signature “Gribelin à Paris” seems to be that of Nicolas Gribelin (Blois 1637-Paris 1715), one of the most important Parisian clockmakers of the reign of Louis XIV. The son of Abraham Gribelin, Valet de Chambre-Horloger du Roi, he became a master on June 5, 1675 and encountered immediate success among important horological collectors. Among his clientele were the Dukes of Maine and Bourbon, the Marshal of Villeroy, and the Count of Toulouse. Several clocks by Nicolas Gribelin were described as being in the collections of Louis XIV and his son, the Grand Dauphin. 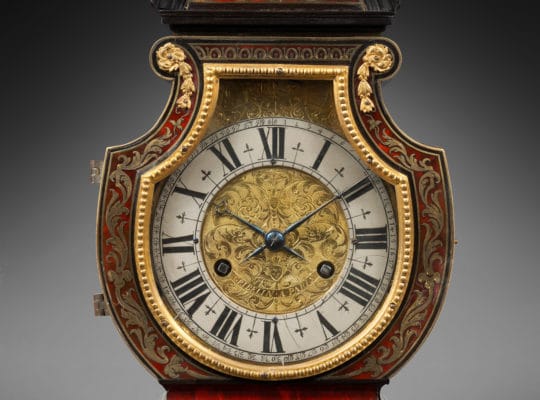 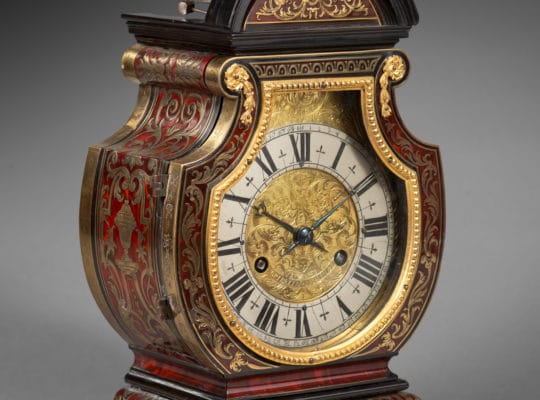 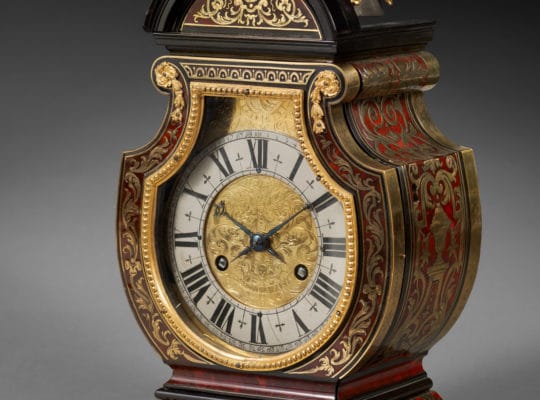 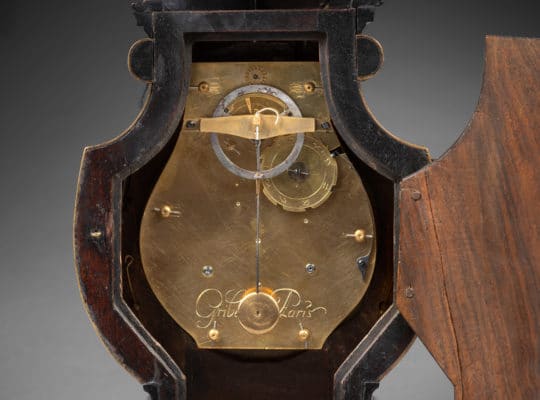 Write us
Call us
Print
Share
In the same category
Gribelin 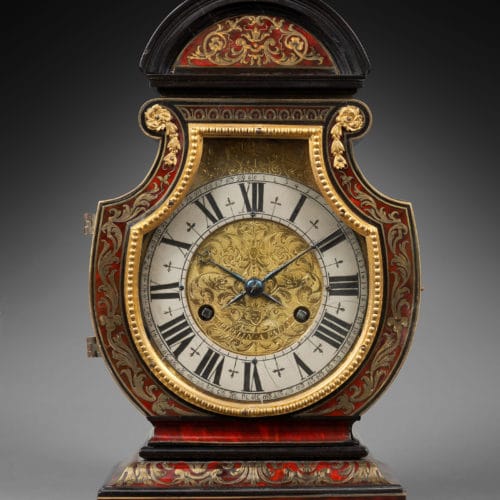