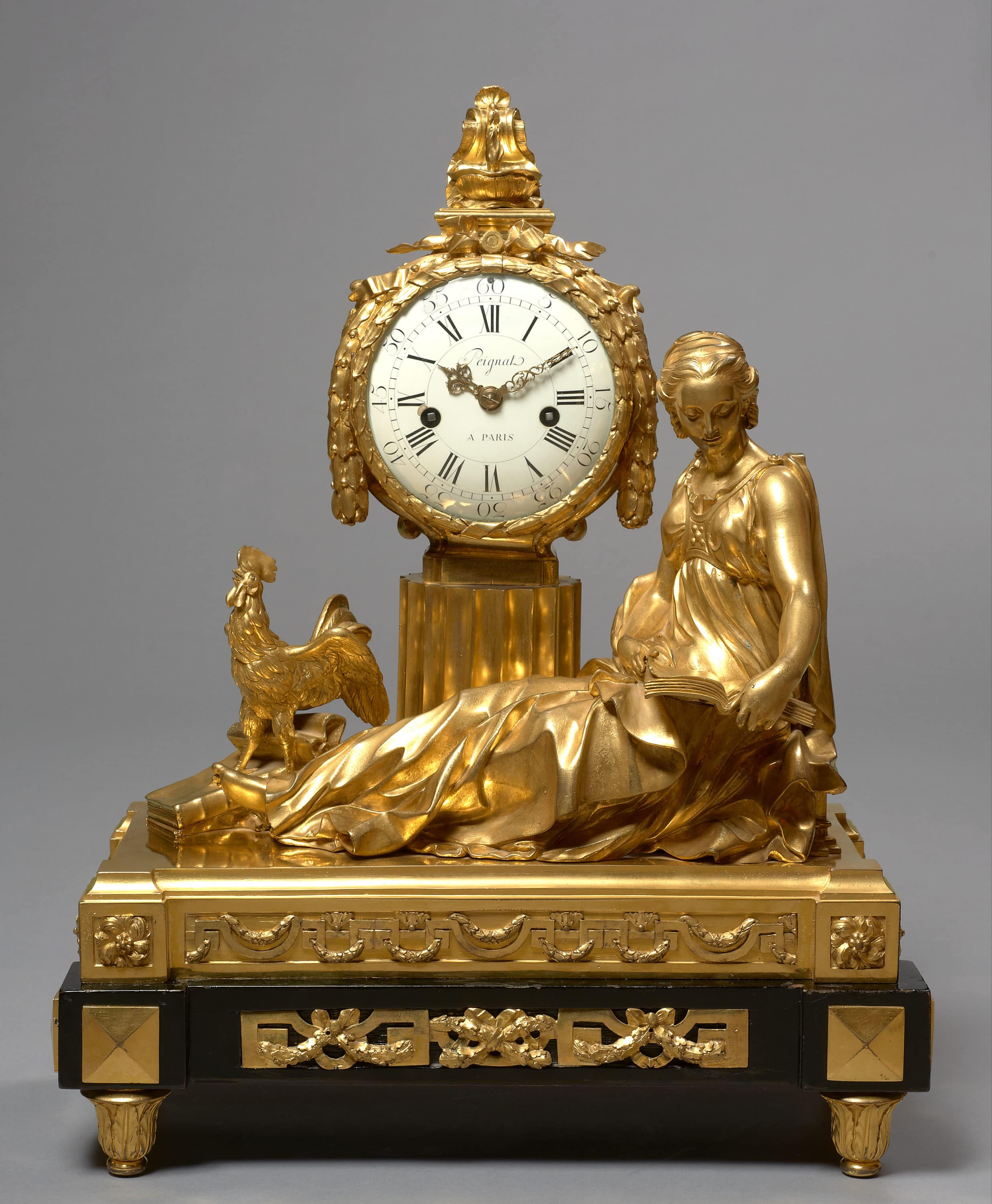 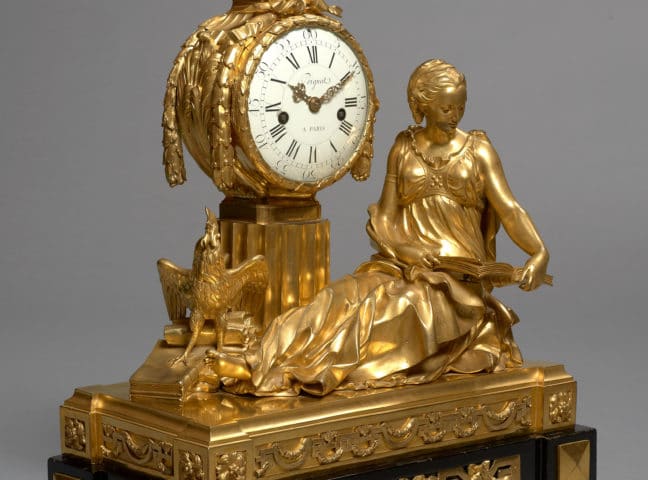 May confidently be considered to be the clock valued by clockmaker Gabriel Courieult in the posthumous inventory of Peignat’s belongings drawn up in 1776: “n° 14. A mantle clock with its movement signed by Peignat, representing Study …400 livres”.

The enamel dial is signed Peignat à Paris and bears the signature of the enameller Barbezat on its reverse; set in a drum case surmounted by an oil lamp, it has Roman hour numerals and Arabic minute numerals. The bezel is composed of a finely chased laurel torus. The dial is supported by a fluted column that rests on a base upon which is seated a classically dressed female figure holding an open book, an Allegory of Study. At her feet lie books and parchments upon which a proud rooster, symbol of vigilance, is standing. The gilt bronze base is decorated with rosettes and a geometric wave frieze; it rests in turn on an ebony or ebonised wood base ornamented with a stylised frieze similar to those employed by cabinet maker Philippe-Claude Montigny. The toupie feet are engraved with acanthus leaves.

This clock is one of the greatest successes of the late Louis XV period and the early Louis XVI period. Freely inspired by a model created around 1757 for the famous salonnière Madame Geoffrin, it was used by one of the most talented bronziers of the day, Jean-Joseph de Saint-Germain, who appears to have enlisted the sculptor Louis-Félix Delarue (1730-1777) for the design of the main group. In creating this clock, Saint-Germain demonstrated his adaptability and his willingness to embrace the aesthetic canons of the new neoclassical style. He made only a very few versions of the model, each with variations, skilfully combining ornamental motifs and thus rendering each “Allegory of Study” clock a unique work. Among the recorded examples, a nearly identical clock is in the Gulbenkian Museum in Lisbon (illustrated in H. Ottomeyer and P. Pröschel, Vergoldete Bronzen, Band I, Munich, 1986, p.161, fig.3.3.5); another is in the Louvre (illustrated in D. Alcouffe, A. Dion-Tenenbaum and G. Mabille, Les bronzes d’ameublement du Louvre, Dijon, 2004, p.125). 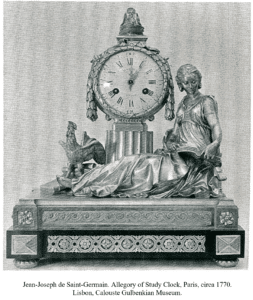 
Gabriel-Pierre Peignat was one of the foremost Parisian horologists of the 18th century, had a workshop within the enclosure of the Quinze-Vingts. He quickly attracted a wealthy clientele of aristocrats and financiers, including the Marquis du Lau and the Marquis de Sailly, the Count de Ségur, Monsieur de Chevreuse and Monsieur de la Véronnière. 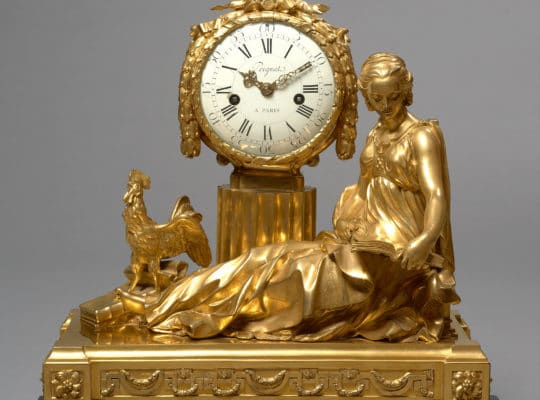 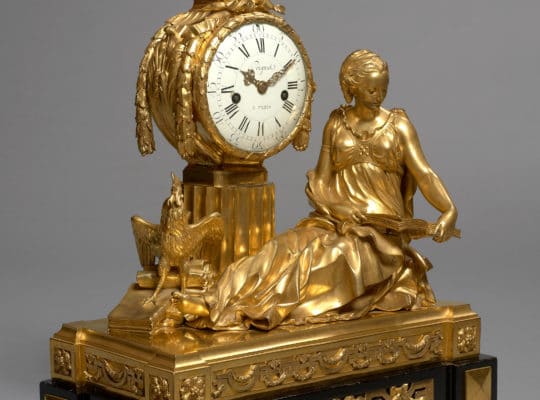 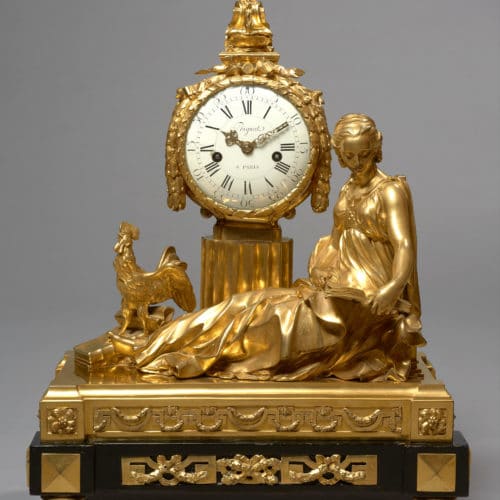