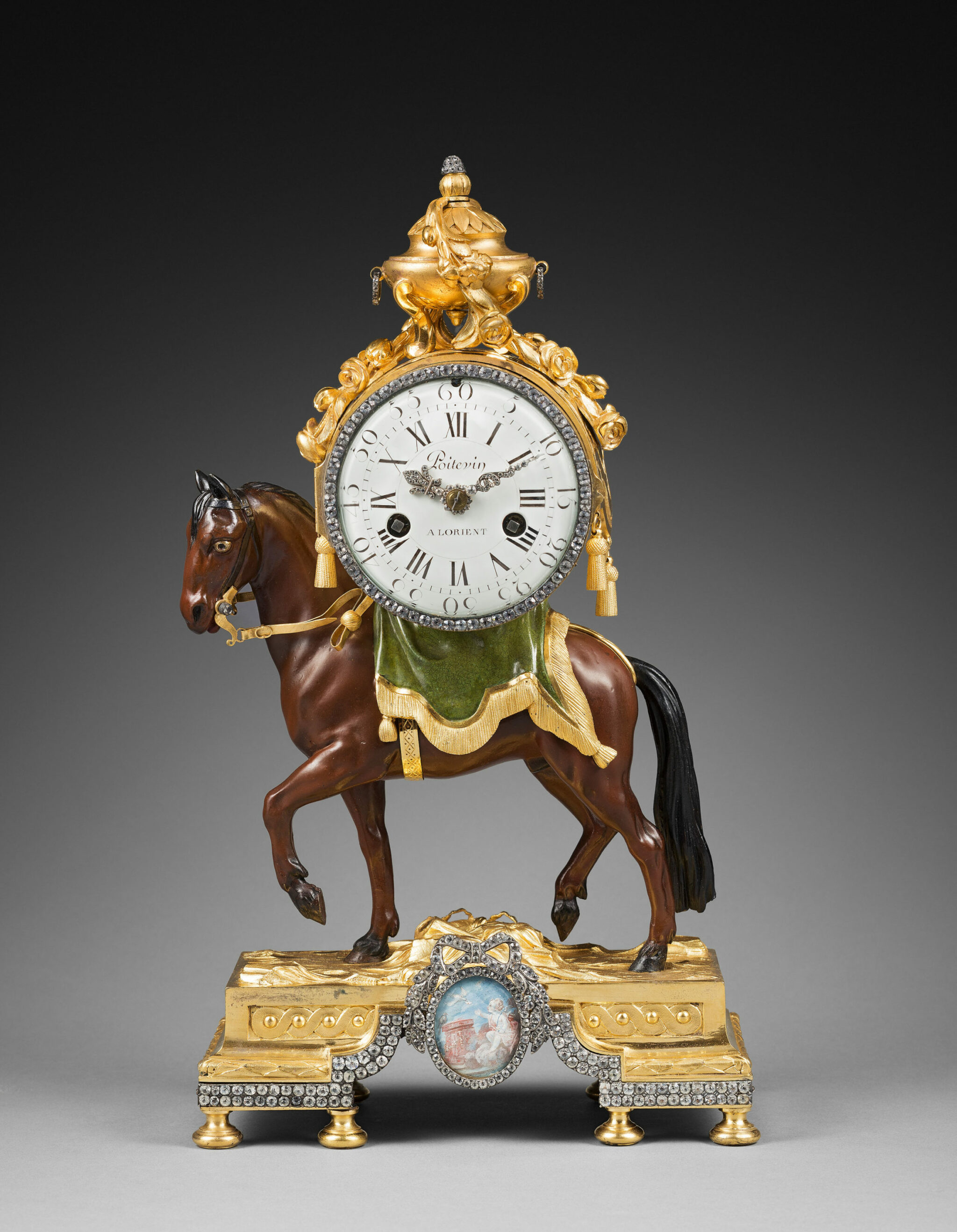 Paris, transition period between Louis XV and Louis XVI, circa 1775

The round white enamel dial, signed “Poitevin à Lorient”, indicates the Roman numeral hours and Arabic five-minute intervals by means of two hands. The gilt bronze case is finely chased and lacquered. The movement is housed in a drum case that is adorned with scrolls, tassels and fringe, a garland of leaves and flowers, and an urn with console feet and ring handles, which is set on a fringed saddlecloth on the back of a lacquered trotting horse that is standing on a naturalistic terrace with rocks and grass. The quadrangular base is adorned with laurel toruses and reserves with interlace friezes; it is centered by a painted vellum medallion depicting a young Cupid receiving a message from a dove, within a perspective landscape featuring a neoclassical altar. The clock is further adorned with rhinestones that frame the medallion, the ring handles and the handle of the surmounting urn, as well as the base, where they form a frieze and a ribbon tied in a bow above the medallion. The clock is raised upon eight flattened feet decorated with molding.

Clocks featuring animals that support the movements appeared during the reign of Louis XV and became quite popular during the second half of the 18th century, when the neoclassical artistic movement accompanied the renewal of the decorative arts. The present clock is exceptional due to the quality of its decoration, the rarity of the themes, and due to the fact that the preparatory drawing is preserved in the Institut national d’Histoire de l’Art in Paris. The fact that the drawing was included in an album of bronzier François Vion allows the model to be confidently attributed to that artisan (see H. Ottomeyer and P. Pröschel, Vergoldete Bronzen, Band I, p. 180, fig. 3.7.8). 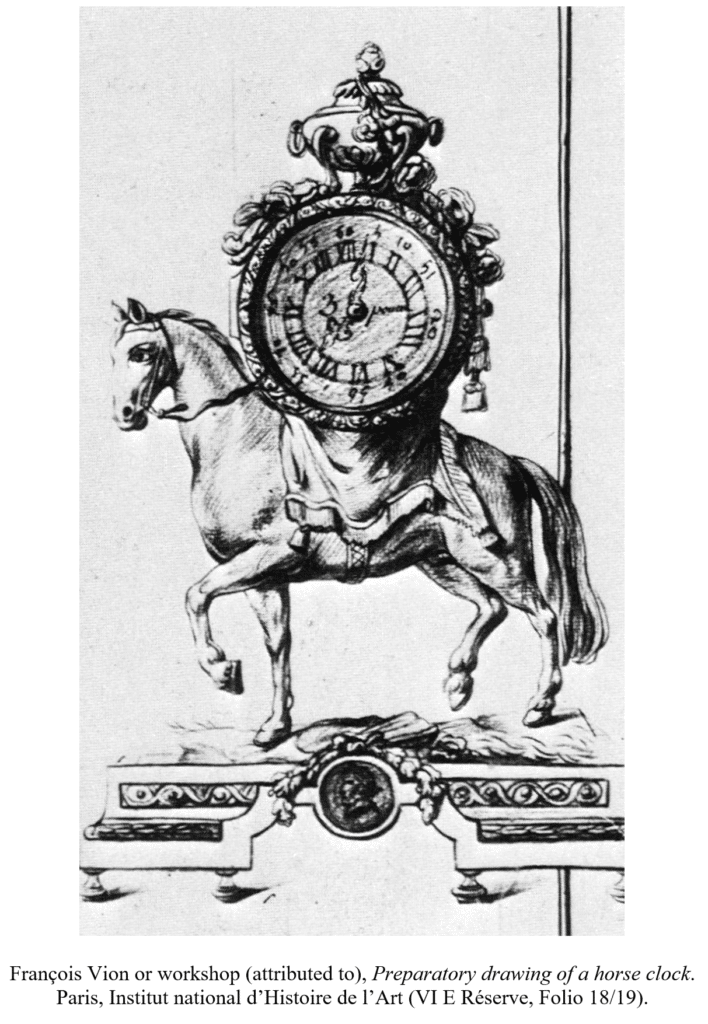 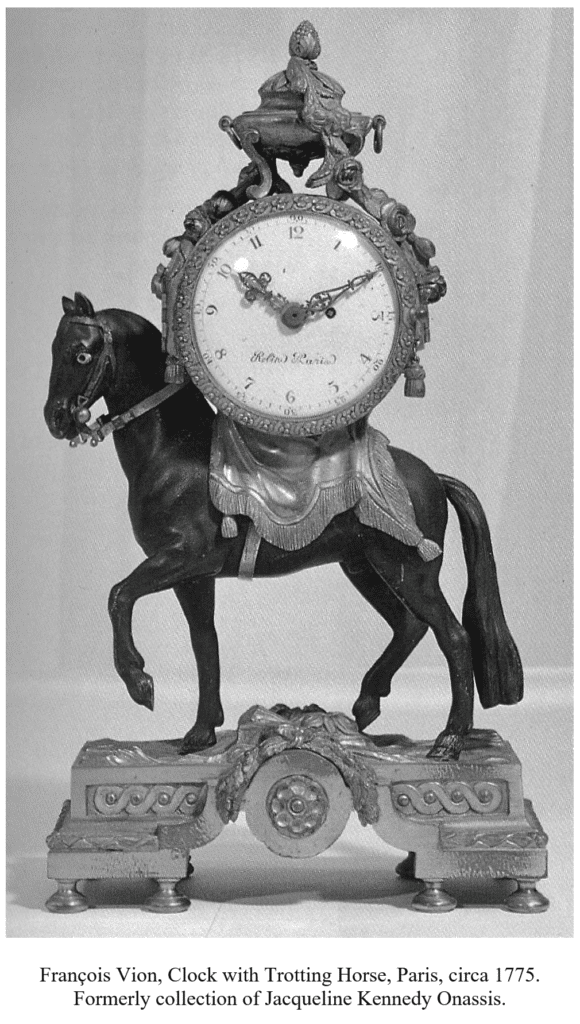 
Poitevin was a clockmaker who was active in Lorient around 1770-1780.


One of the most important Parisian bronze casters of the second half of the 18th century. Having become a master bronze caster in 1764, he was a rival of the Osmonds and Jean-Joseph de Saint-Germain. He specialized in creating clock cases, several of which bear his signature, particularly those known as “Venus and Love” and “Love and the Three Graces”. 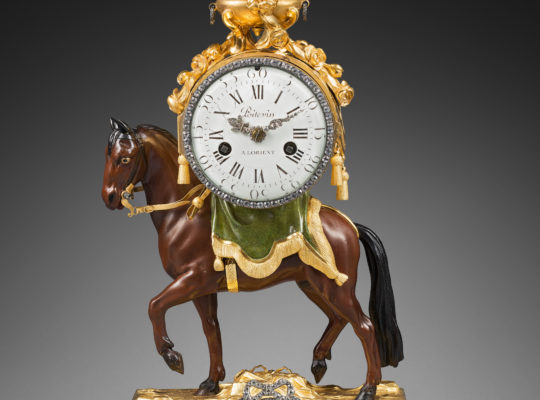 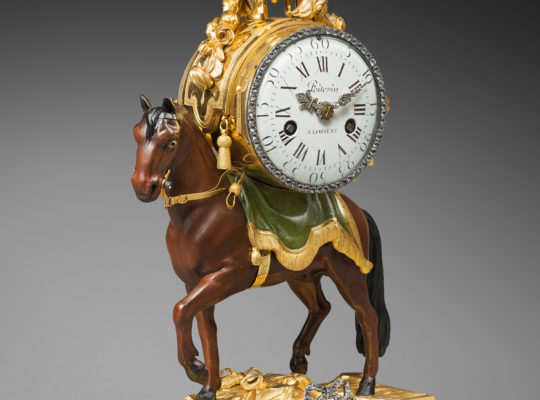 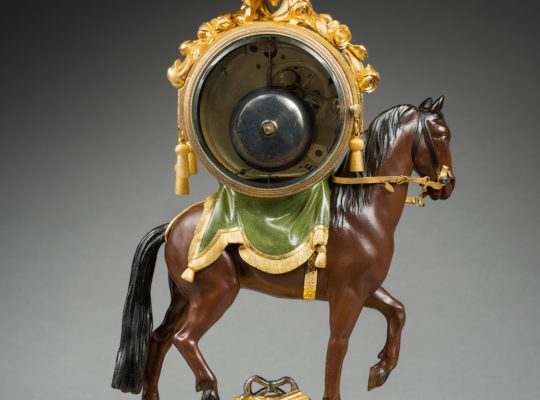 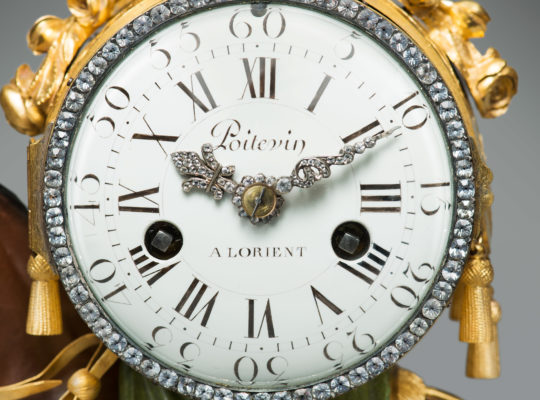 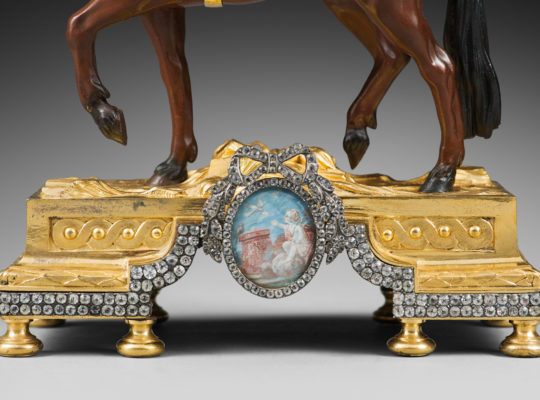 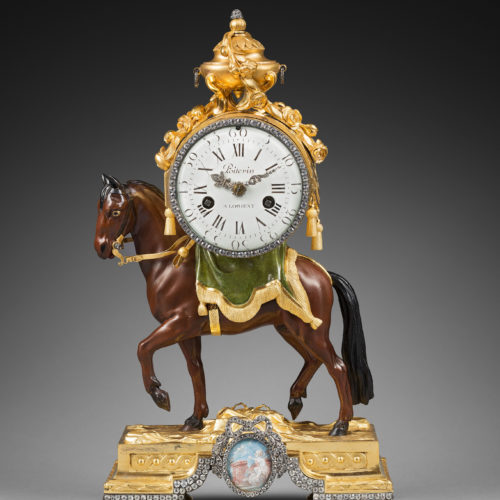