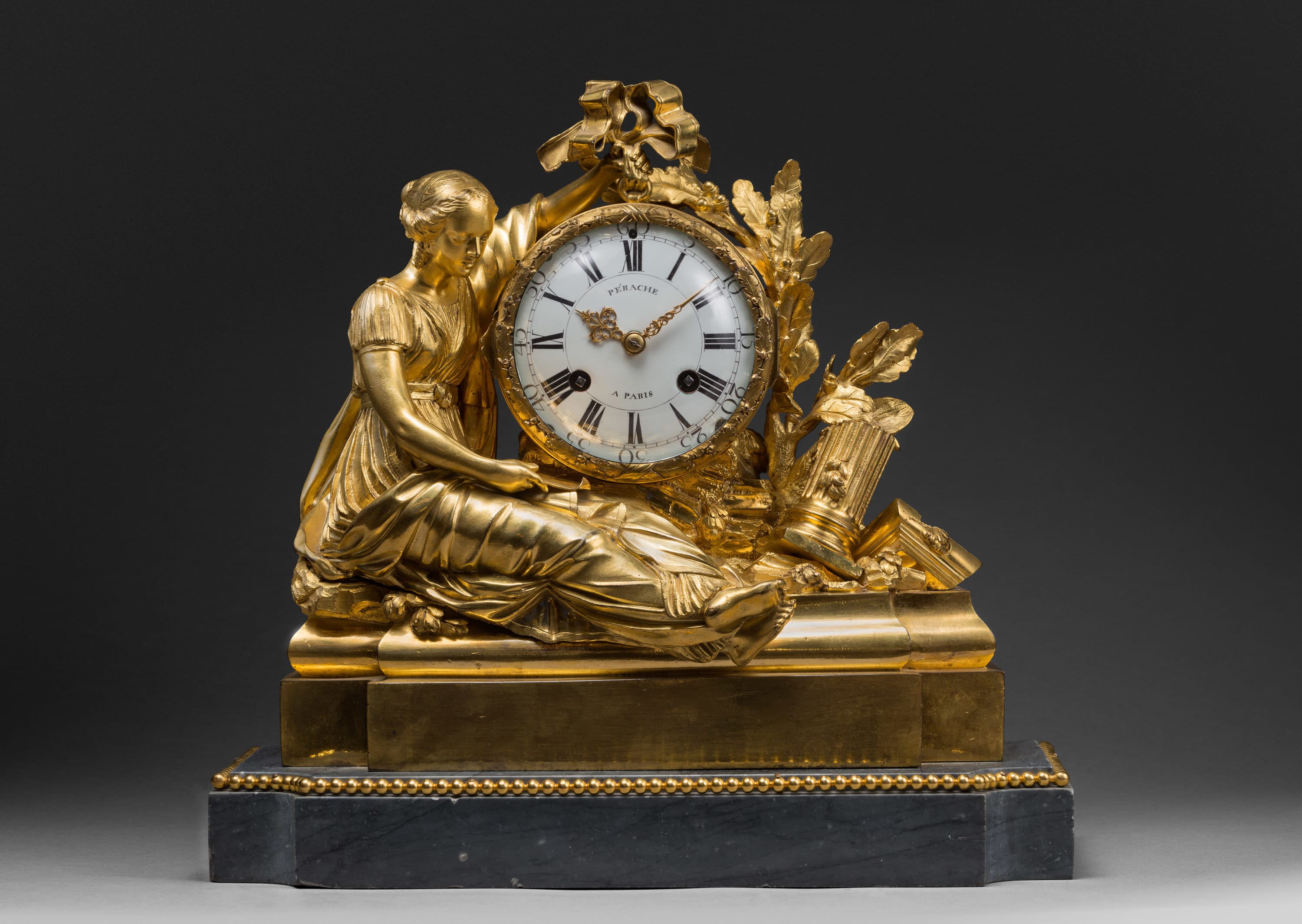 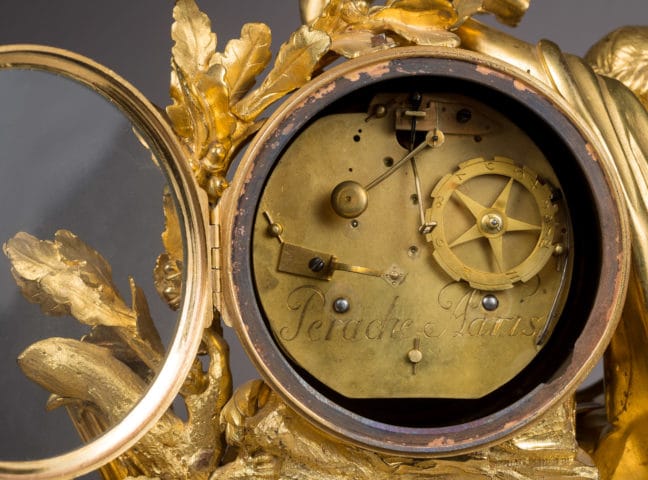 The round enamel dial, signed “Perache à Paris”, indicates the hours in Roman numerals and the minutes in Arabic numerals, by means of two pierced gilt copper hands. The magnificent chased and gilt bronze case depicts an allegorical figure. The bezel is decorated with a ribbon-tied torus of oak leaves and acorns; on the left, a female figure is seated. Dressed in a long toga that reveals her figure, she holds a parchment in one hand and with the other hand she unties a ribbon that is attached to a ring above the dial. On the right an oak branch echoes the curve of the dial, while the terrace features fractured architectural forms, among them a broken column and a collapsing cornice. They contrast with the serene female figure, which appears to depict an Allegory of Strength. The moulded quadrangular base rests on a blue turquin marble plinth with curved concave corners, highlighted by a row of gilt bronze beads. The back bears the signature of Parisian bronzier François-René Morlay, who also created a superb carillon clock that was formerly in the collection of the Marquis de Hertford and is today displayed in the Wallace Collection in London (see P. Hughes, The Wallace Collection, Catalogue of Furniture, London, 1996, p. 418-425).


Jean-Pierre Pérache or Perrache is one of the most important Parisian horologists of the second third of the 18th century. After becoming a master in 1733, he opened his workshop in the Palais Royal; he is mentioned as being in the rue Froidmanteau between 1778 and 1783 (see Tardy, Dictionnaire des horlogers français, Paris, 1971, p. 508). He soon became widely renowned and received many private commissions. Several of his clocks were mentioned in the probate inventories of important 18th century collectors; among them, Bernard de Saint-Germain, Jean-Pierre de Rouillé, André Roussel de Jorant, Philippe-Jules-François Mazarini-Mancini duc de Nevers, the great-nephew of Cardinal Mazarin, and the widow of Charles de Savalette de Magnanville, the powerful Farmer-General and former Director of the East India Company. One of his clocks was in the French Royal Collections before the French Revolution. 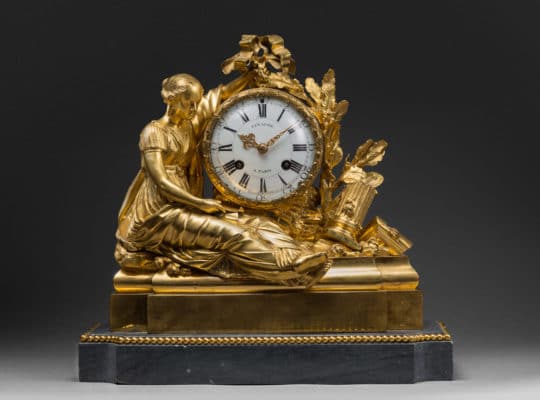 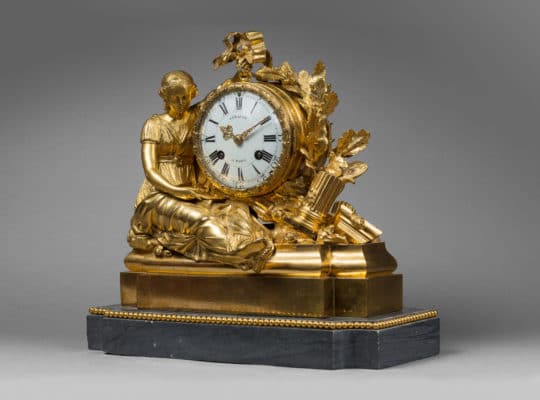 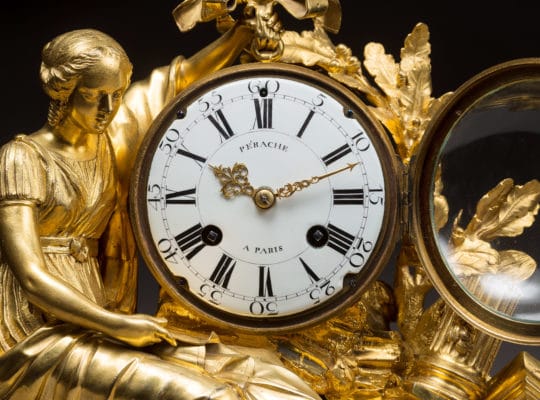 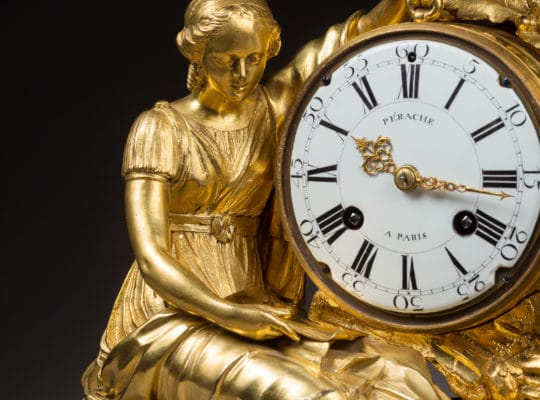 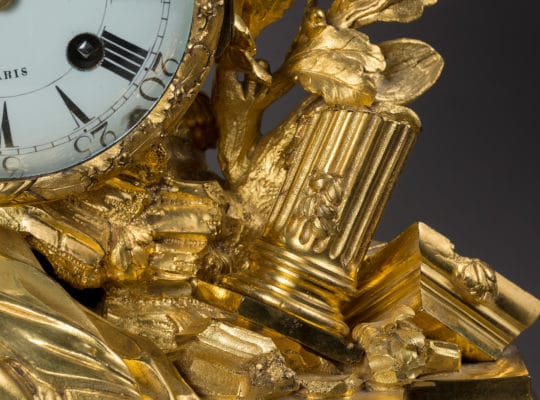 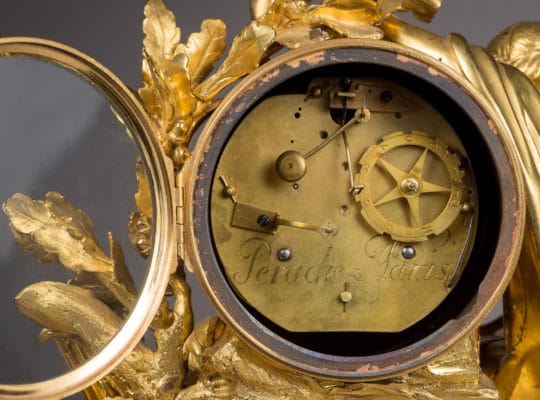 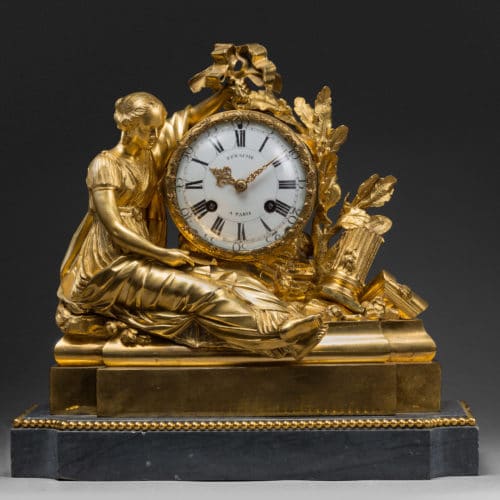