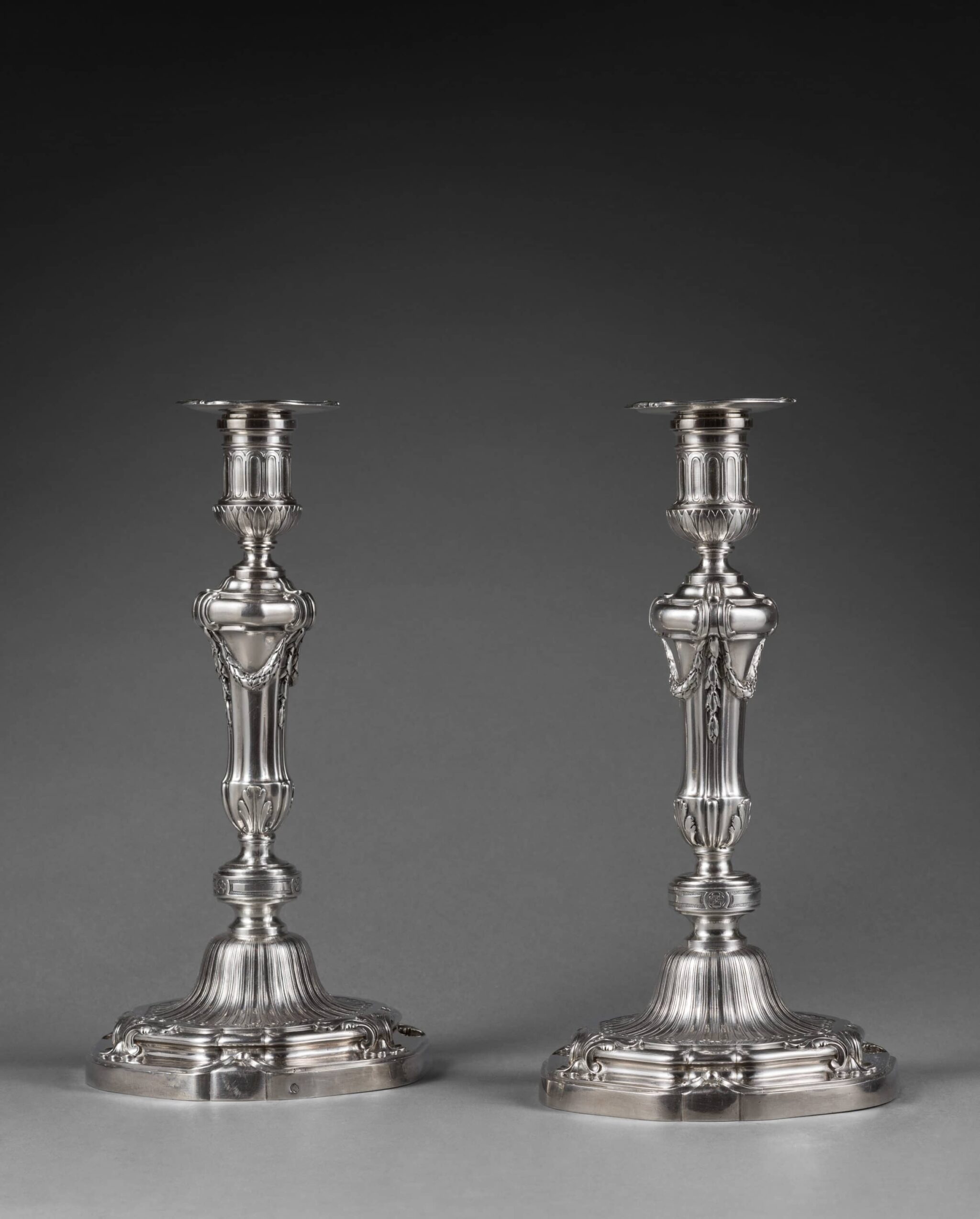 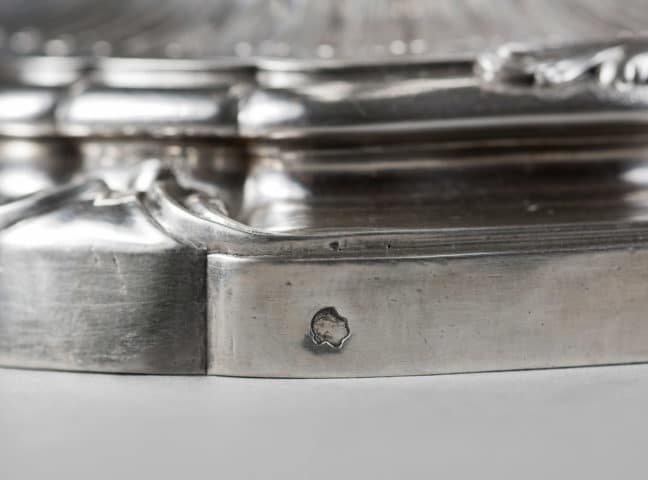 Made entirely of finely chased silver, each candlestick has a baluster stem with three concave sides. Their lower portions are adorned with acanthus leaves; the upper portions are decorated with delicate laurel swags suspended from stylized motifs on their upper shoulders. The stems terminate in nozzles in the form of vases that are adorned with fluted bands on a matted ground, a base in the form of a waterleaf bouquet, with the shaped and molded drip pans decorated with leaves, resting on plain molded knops.  The shaped circular feet are embellished with concave molding adorned with leaves and stylized motifs surmounting the stem base adorned with fluting, against a matted ground.

The present rare pair of large candlesticks is remarkable for their fine, symmetrical chasing, characteristic of the finest work of Parisian artisans during the final years of the reign of Louis XVI. During this period, which today we call “Transition between the Louis XV-Louis XVI periods”, neoclassicism was favored. Another pair of candlesticks dated 1771-1772, with a bouquet of light arms, which was formerly in the David-Weill collection (illustrated in G. Henriot, Le luminaire de la Renaissance au XIXe siècle, plate 165, fig. 4), is similar in style; the same is true of the candlesticks made over the course of several decades by Louis-Joseph Lenhendrick, the maker of the present pair, an example of which is shown in J. Bourne and V. Brett, L’art du Luminaire, Editions Flammarion, Paris, 1992, p. 67, fig. 204. A rare set of twenty-two candlesticks, gathered together over the course of several years, was in the well-known Riahi collection (see Quelques chefs-d’œuvre de la collection Djahanguir Riahi, Ameublement français du XVIIIe siècle, Editions FMR, Milan, 1999, p. 252-254).


Very little is known about the early life of this talented goldsmith. Probably originally from Germany, he came to Paris at a young age and began an apprenticeship in August 1738 in the workshop, in the Galeries du Louvre, of Thomas Germain (1673-1748), who was the most important Parisian goldsmith of the time. Less than a decade later, on May 17, 1747, he became a Master goldsmith in Paris, opening his own workshop and continuing to work with the Germain workshop, that is, with François-Thomas Germain, the son of his former master. Going into partnership with Germain, Lenhendrick participated in executing many prestigious commissions for the courts of Versailles, Lisbon, and Saint Petersburg. It was for the latter that he took part in the creation of the famous Orloff service, which Czarina Catherine II gave to her favorite. A magnificent silver gilt candelabra by Lenhendrick is on display in the Calouste Gulbenkian Museum in Lisbon (see El Gusto “a la griega”, Nacimiento del Neoclasicismo francés, Madrid, 2008, p. 186). 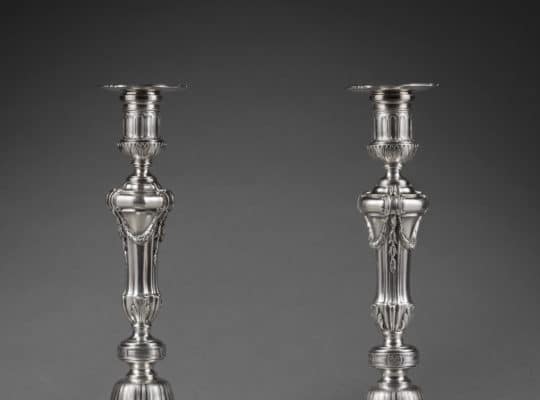 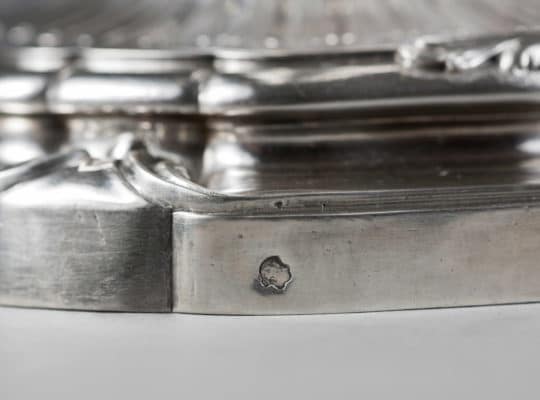 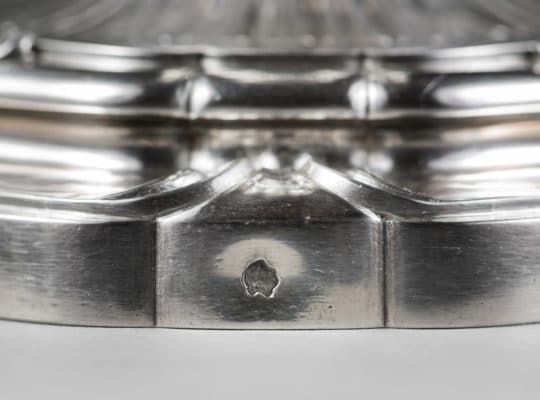 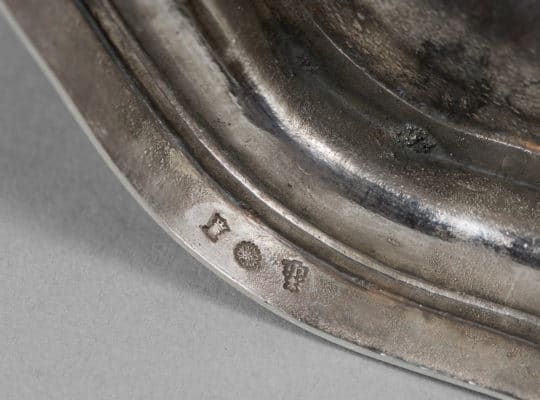 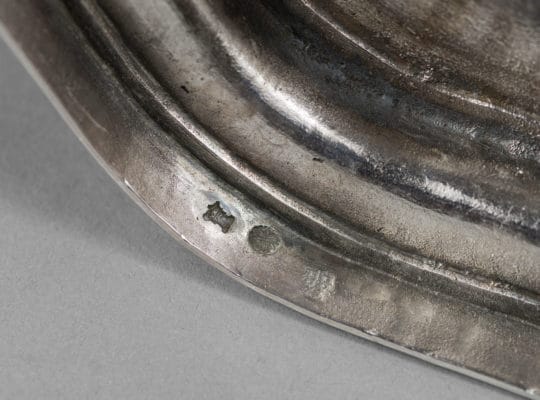 Write us
Call us
Print
Share
In the same category
Lenhendrick 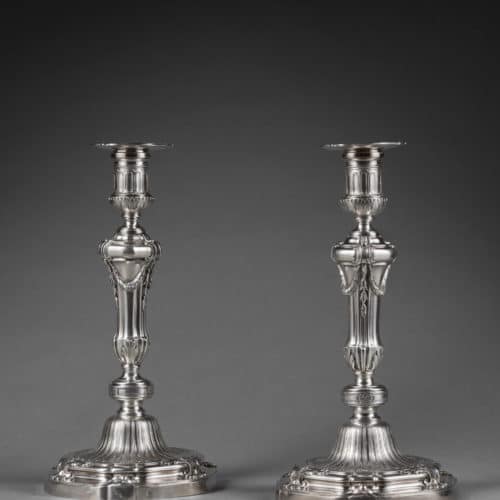