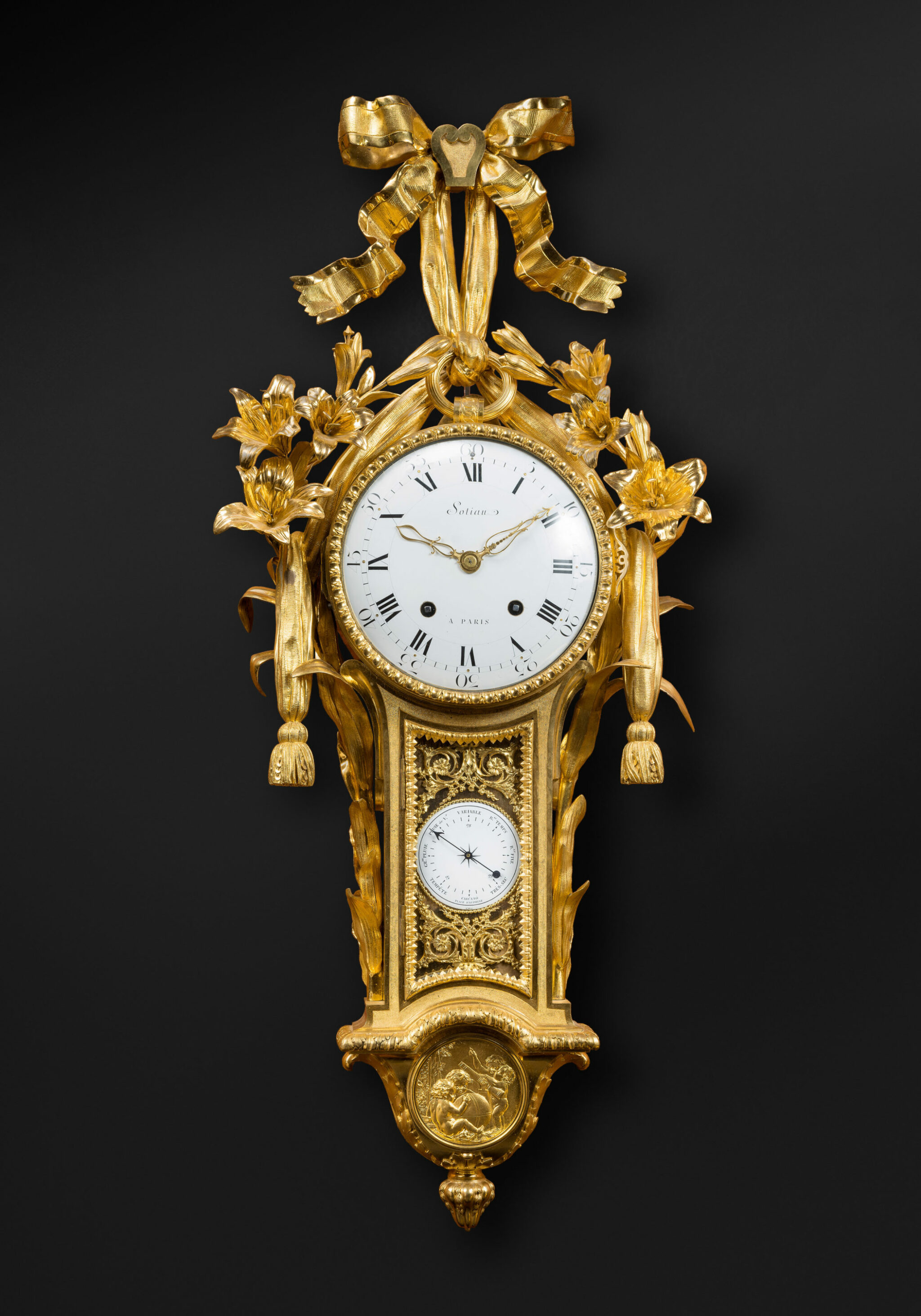 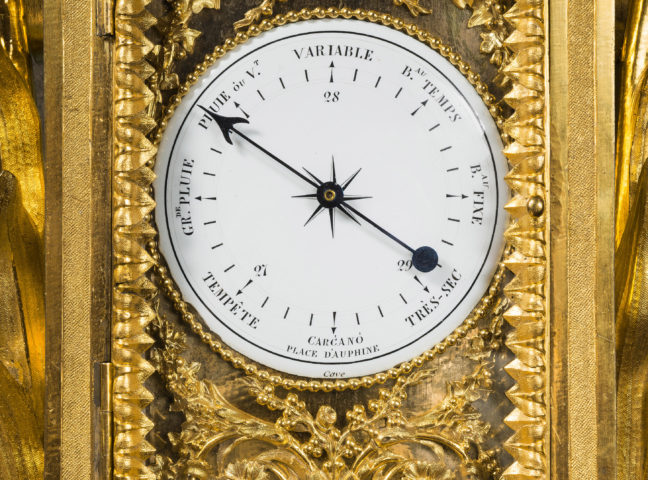 A rare and beautiful Louis XVI gilt bronze cartel clock with barometer, the clock movement by Renacle-Nicolas Sotiau, the barometer by Antoine Carcano, and the dial by Jean-Antoine Cave. The main dial is signed Sotiau à Paris; the barometer dial is signed Carcano Place Dauphine, and Cave. The main dial with Roman and Arabic numerals and a fine pair of gilt brass hands for the hours and minutes. The barometer dial marked with weather conditions ranging from Tempete (stormy) to Très-Sec (very dry) with a blued steel pointer. The main dial, suspended from a feigned nail by a ribbon tied in a large bow, is flanked by ribbons adorned with lily sprays, the barometer dial below set within an elaborately chased shaped rectangular door above a circular medallion depicting putti playing with a globe and telescope.

A similar cartel clock and matching barometer, formerly in the collection of the Count de Greffulhe, were sold by Sotheby’s London, 23rd July 1937, lot 46. Other cartels suspended from ribbon-ties with musical trophies are known, including one in the Wrightsman Collection.


He was no doubt the principal and most talented representative of Parisian luxury horology during the decade preceding the French Revolution. After becoming a master on June 24, 1782, he opened a workshop in the rue Saint-Honoré; it became a great success with the important collectors of the period. The important Parisian marchands-merciers, especially François Darnault and Dominique Daguerre, commissioned him to produce clock movements for eminent and exacting collectors, which were masterpieces of elegance and perfection. Like all the finest clockmakers, Sotiau acquired his clock cases from the best and most skilful artisans, often working with the bronze casters Pierre-Philippe Thomire and François Rémond. The excellence of his work won him the coveted title of “Horloger de Monseigneur le Dauphin” (the dauphin being the elder son of Louis XVI and Marie-Antoinette). His clocks are often mentioned in probate inventories and appeared in the sales of the collections of important contemporary personalities. Clocks made by Sotiau were owned by financiers such as the wealthy Court banker Jean-Joseph de Laborde, important members of the Clergy, such as François-Camille, Prince de Lorraine, and influential aristocrats such as Louis-Antoine-Auguste de Rohan-Chabot, Duc de Chabot; Charles-Just de Beauvau, Prince de Craon; and Albert-Paul de Mesmes, comte d’Avaux. In addition to his private clientele, Sotiau also produced magnificent clocks for the Prince Regent of England (the future King George IV), as well as for Mesdames de France (the aunts of Louis XVI), and for Queen Marie-Antoinette. Today Sotiau’s clocks may be found in the most important international collections, both public and private. Among these are the Walters Art Gallery in Baltimore, the Frick Collection in New York, the Huntington collection in San Marino and the Musée national du Château de Versailles, as well as the Royal British and Spanish Collections.


Like many fine late eighteenth-century Parisian enamellers, he gets little mention in the biographies, however Tardy cites one of his dials as being dated 1776.


A maker of barometers, thermometers, and an inventor of scientific instruments of Italian descent, he became famous in Paris, first at 37 rue de la Roquette and then at Place Dauphine, where he was based when making the present barometer. He supplied barometers and other scientific instruments to the Ecole Militaire in 1786; the following year he supplied a tube barometer to British optical instruments manufacturer Peter Dollond (1731-1821). During the Empire his clientele included Sir Benjamin Thompson, Count Rumford, the American born British physicist who in 1813 received a Carcano thermometer vase for measuring the heat of various solids and liquids. 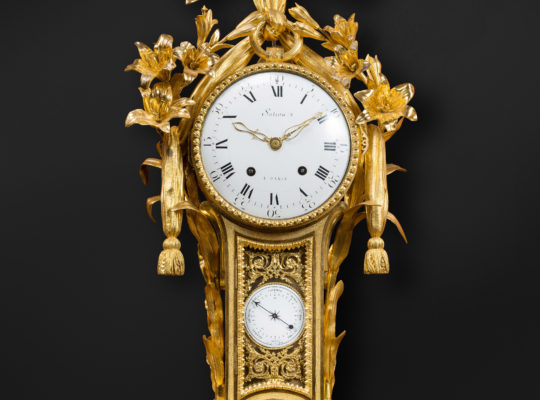 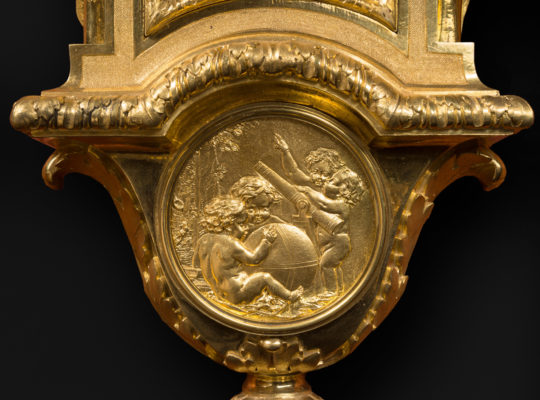 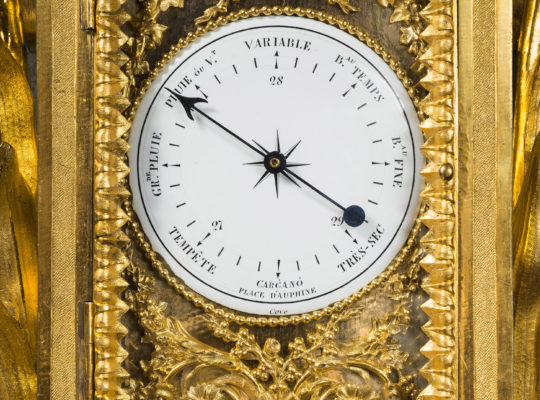 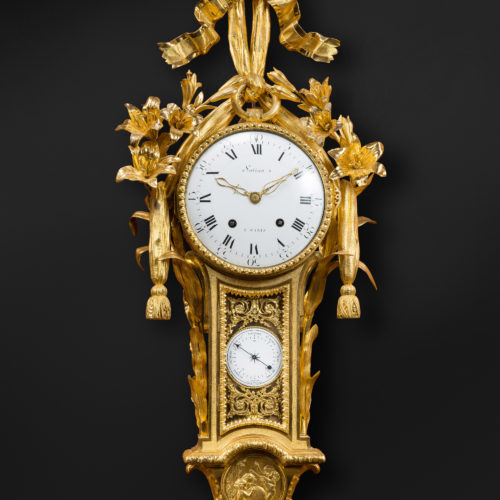