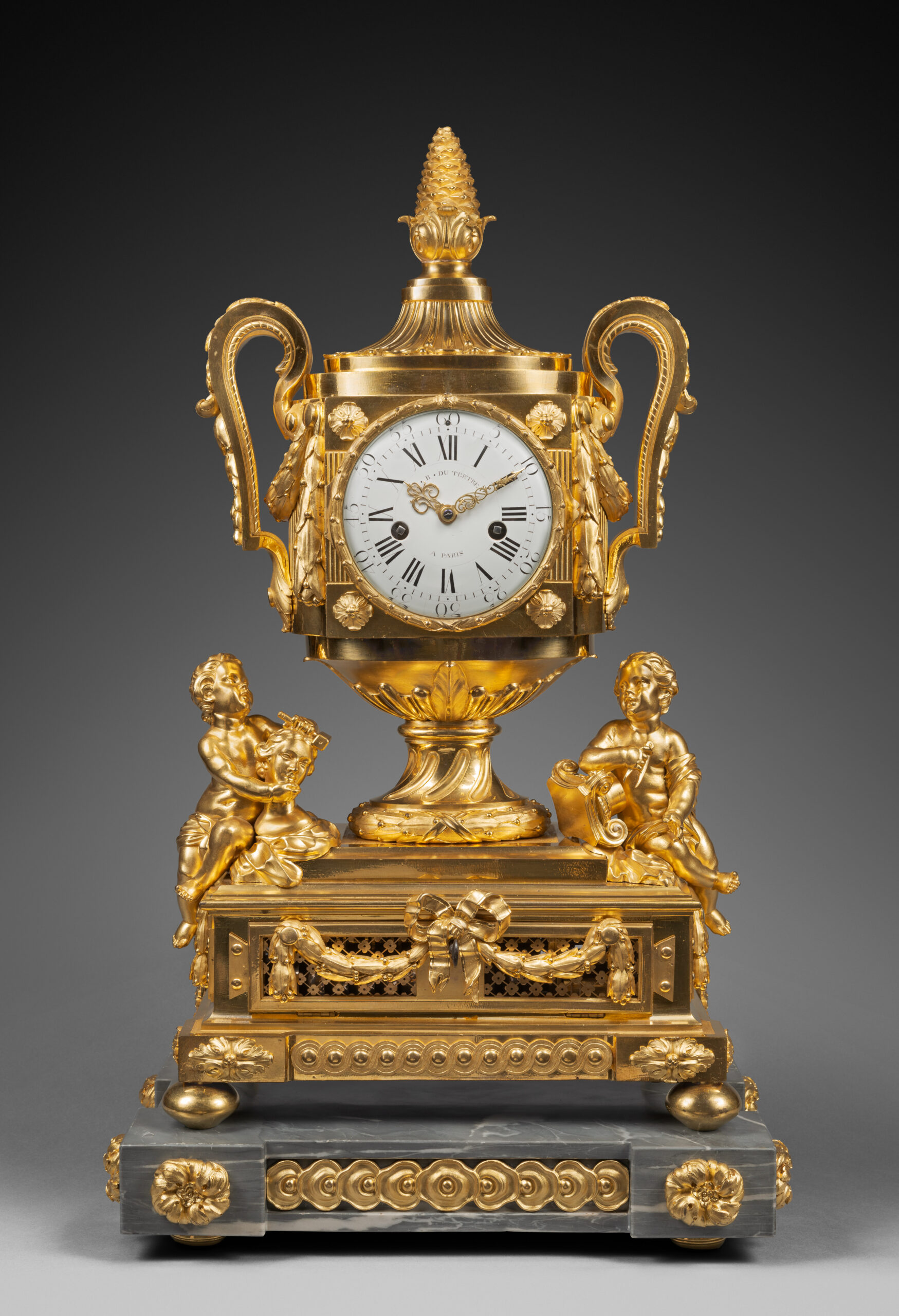 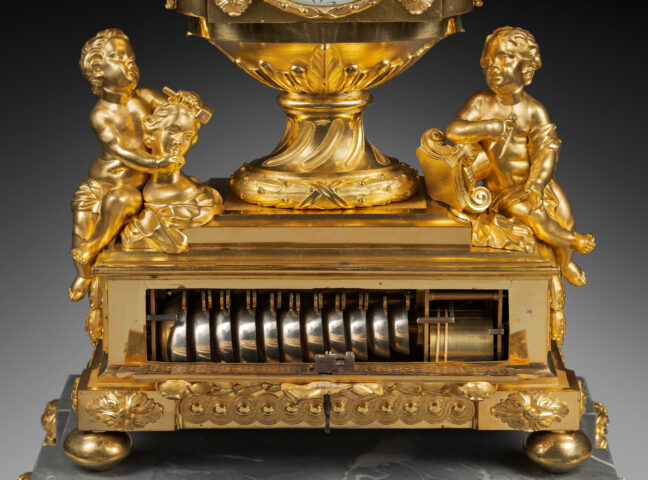 The white enamel dial, signed “J.B. Dutertre à Paris”, indicate the Roman numeral hours and the Arabic numeral five-minute intervals by means of two pierced and gilt bronze hands. The hour and half hour striking movement is housed in a Neoclassical case in the form of a finely chased matte gilt bronze vase flanked by putti. The vase, a lidded urn with applied handles, is surmounted by a pinecone finial. It is decorated with rosettes, toruses, and laurel garlands. The pedestal is adorned with spiral fluting and a ribbon-tied laurel torus. The urn stands on an architectural trellis-pierced base, and is decorated with laurel garlands, ribbons and bows, entrelac friezes, and rosettes; it is flanked by two putti, one of which is holding the bust of a young woman and a sculptor’s mallet – it is an Allegory of Sculpture – and the other, which is holding a compass and is leaning on an Ionic capital  – an Allegory of Architecture. The base contains a musical movement that is activated on the hour by the horological mechanism; it plays ten melodies on a carillon of eleven bells, by means of nineteen hammers. The clock is raised upon four flattened ball feet. 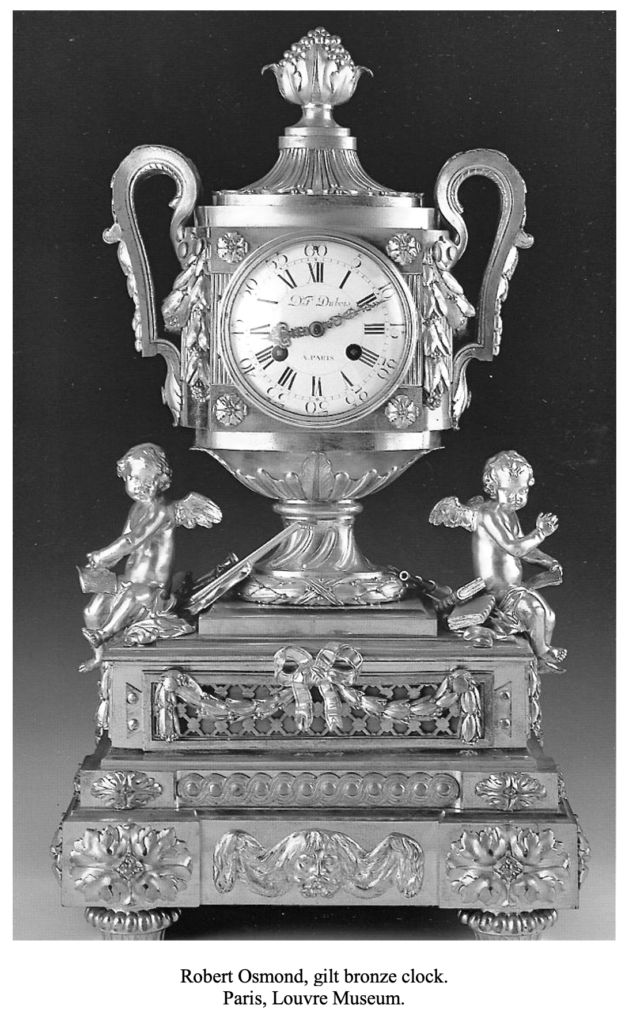 Though unsigned, the case of the present clock may confidently be attributed to Robert Osmond. The model was created by Osmond in the latter part of the 1760s or the early years of the following decade. He continued to produce it, with variations, during the two next decades. Today only a few examples, some featuring variations mostly concerning the treatment of the two figures, are known.  One example, whose dial is signed Berthoud, is in the Musée des Arts Décoratifs in Paris (illustrated in H. Ottomeyer and P. Pröschel, Vergoldete Bronzen, Die Bronzearbeiten des Spätbarock und Klassizismus, Band I, Munich, 1986, p. 177, fig. 3.6.5). A second example is in the Musée du Louvre in Paris (illustrated in D. Alcouffe, A. Dion-Tenenbaum and G. Mabille, Les bronzes d’ameublement du Louvre, Editions Faton, Dijon, 2004, catalogue n° 60). A third clock was formerly in the Etienne Lévy collection (see P. Siguret, Lo Stile Luigi XVI, Milan, 1965, p. 122).


Jean-Baptiste Dutertre is one of the most important Parisian horologists of the second third of the 18th century. The son of a clockmaker, he became a master in 1735. He took over the direction of his father’s workshop in the Quai des Orfèvres and immediately became quite successful. Like the best artisans of his day, Dutertre called on the best bronziers for his gilt bronze clock cases, collaborating with Jean-Baptiste Osmond, and Jean-Joseph de Saint-Germain, in particular. Influential aristocrats of the time were his clients; among them, the Marquis de Marigny et de Béringhen, the duc de Penthièvre and the Duchess de Mazarin, as well as several bankers and financiers, such as Messieurs Bochart de Saron, Lepelletier de Mortefontaine and Radix de Sainte-Foix, all of whom were collectors of fine horological pieces. 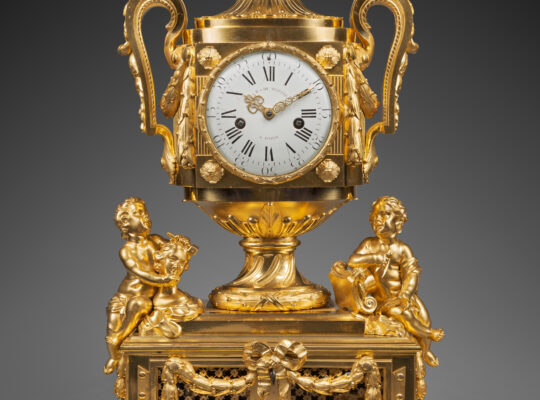 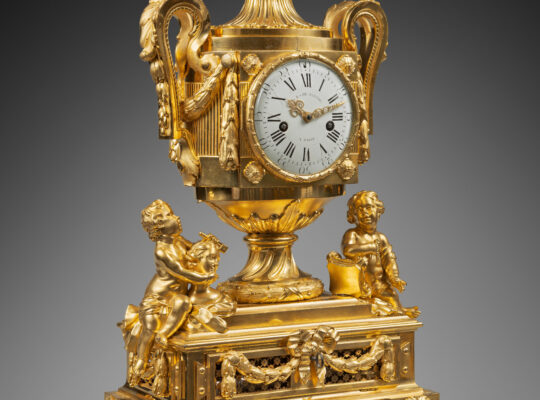 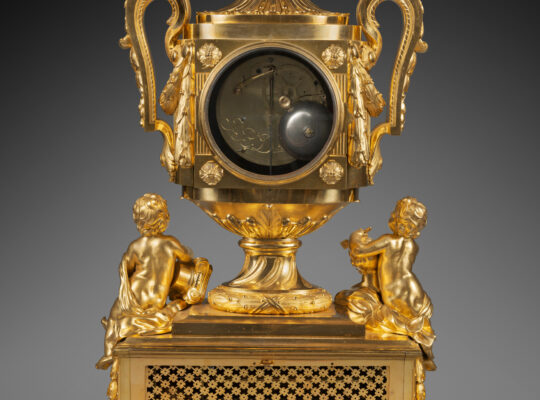 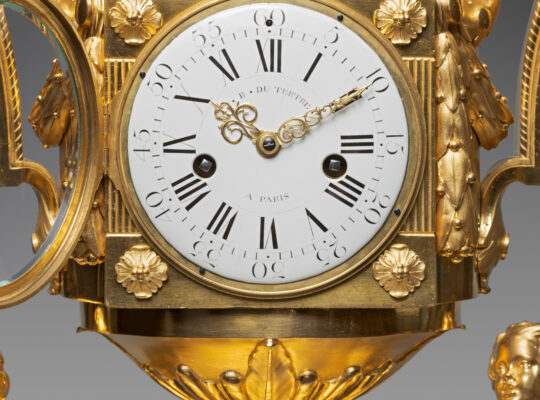 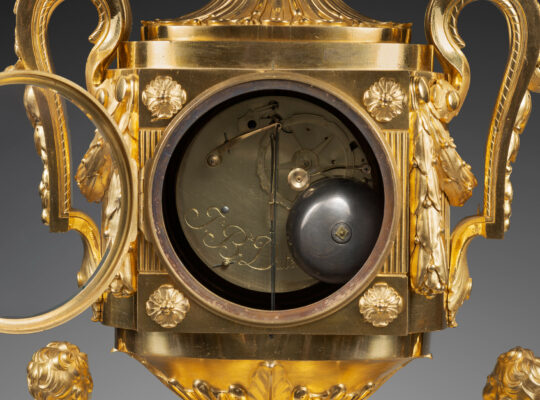 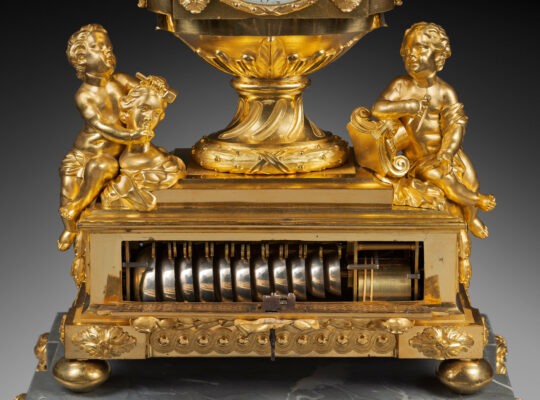 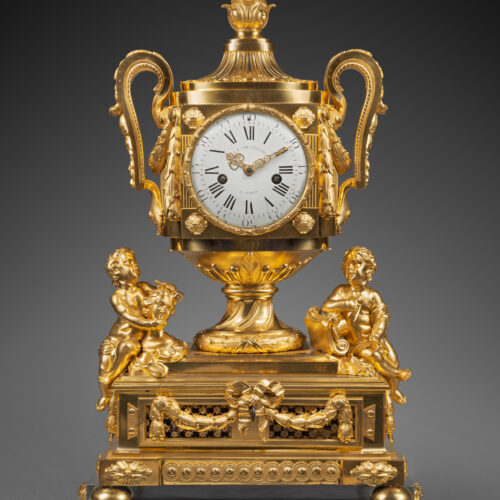