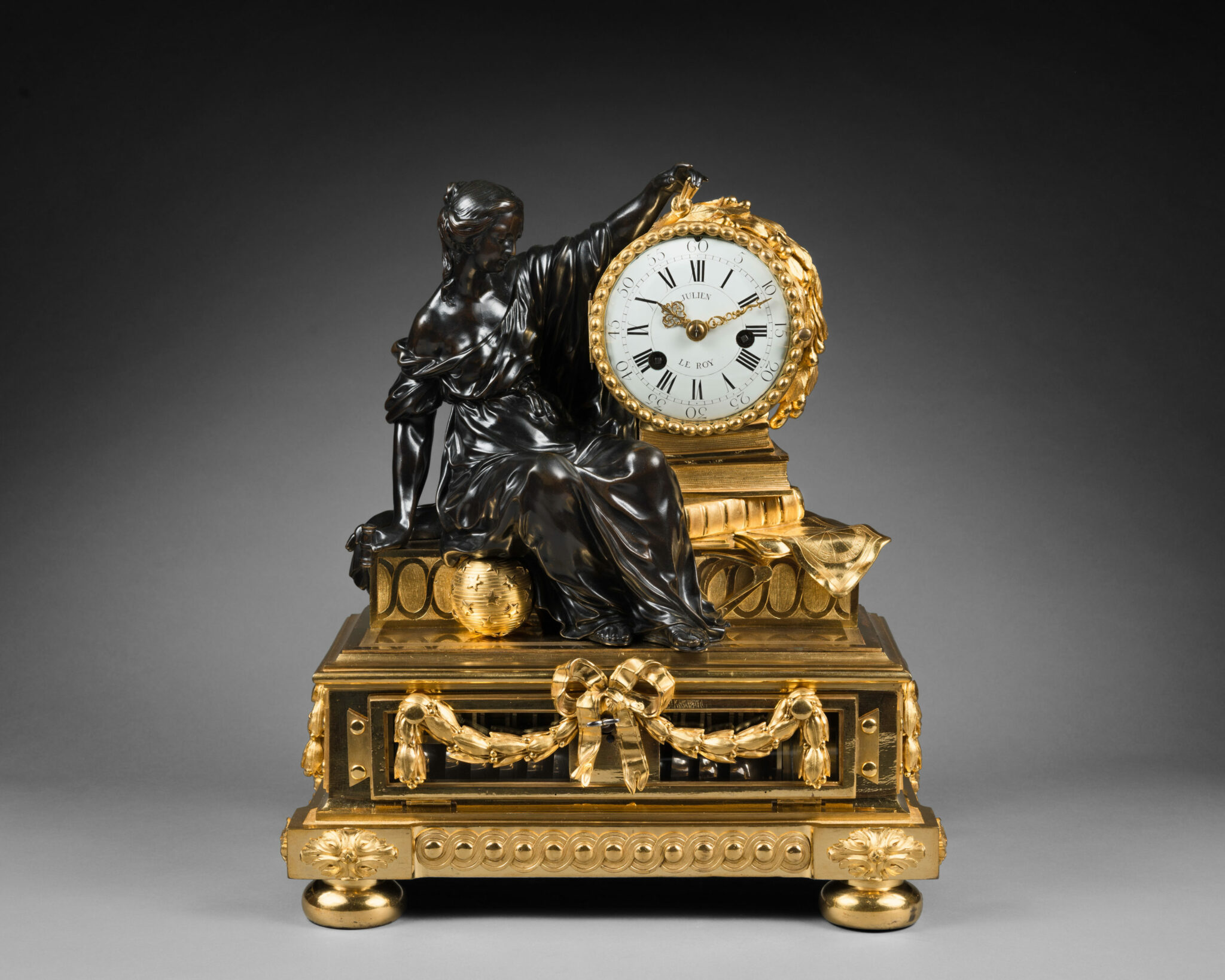 “Urania” or “Allegory of Astronomy” 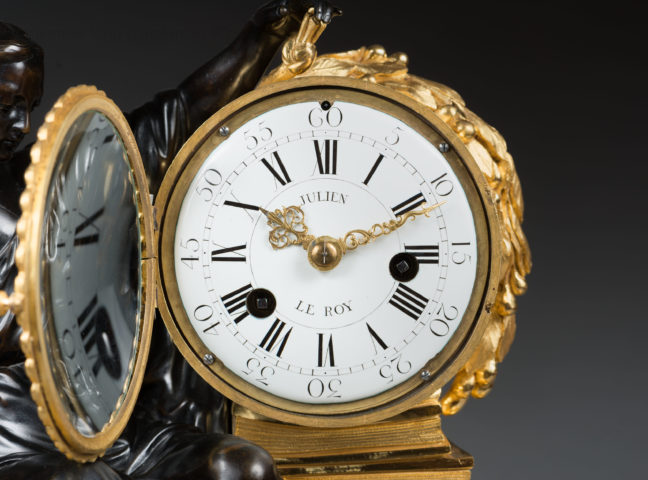 – probably the clock described in March 1826 in the sale of the late Monsieur Doyen: “40. Carillon clock by Julien Leroy, adorned with a bronze figure (meaning patinated) representing a seated woman surrounded by the attributes of astronomy”.

The round white enamel dial, signed “Julien Le Roy”, indicates the Roman numeral hours and the Arabic numeral five-minute intervals by means of two pierced gilt bronze hands. The movement, which is also signed “Julien Leroy à Paris”, is housed in a neoclassical case made of finely chased gilt and patinated bronze that features matte and burnished finishing. The drum case, whose back and front bezels are decorated with an interlace cabochon frieze, is adorned with branch of laurel leaves and seeds; it rests on three books. A fine female figure is seated on the left side; her hair is coiffed in a bun and she is wearing sandals and long classical robes. She represents the muse Urania, surrounded by the attributes of Astronomy, including a starry globe, a compass and a sheet engraved with the signs of the Zodiac. The rectangular entablature features wide interlacing motifs that stand out against matted grounds. The clock rests on a tall quadrangular base that is elaborately decorated with ribbon-tied laurel garlands on the façade, roundels, an interlace frieze with cabochons and large rosettes. The base contains a carillon playing several tunes on the hour in passing. The movement can be reached through the back of the clock by means of a door that is pierced with latticework centered by flowerets. The glazed panel on the front reveals the bells. The clock stands on four large flattened ball feet.

Although it bears no signature, this very fine mantel clock was made in the early 1760s by the bronze caster Jean-Joseph de Saint-Germain, who created the model for the cabinetmaker Antoine Foullet. Foullet could not work on bronze pieces due to the strict rules of the Parisian artisans’ guilds, but he did sell the clock. This model, of which only a very few examples were made, was extraordinarily successful among the influential Parisian connoisseurs of the period. 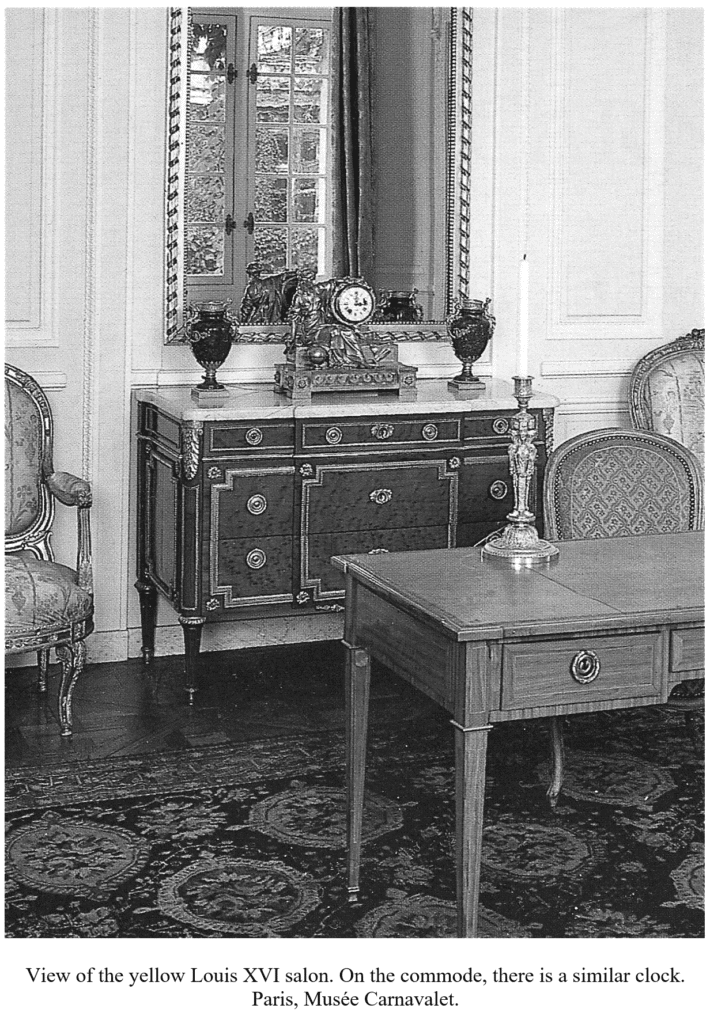 Today only a few similar clocks are known to exist; their present feature certain variations and none of them have a carillon. Among them, one example, whose dial is signed Delaruelle and whose bronzes are signed Saint-Germain, is pictured in J-D. Augarde, Les ouvriers du Temps, Genève, 1996, p. 305. A second clock, whose dial is signed “Janvier à Paris”, is in the Musée Calouste Gulbenkian in Lisbon (illustrated in H. Ottomeyer and P. Pröschel, Vergoldete Bronzen, Die Bronzearbeiten des Spätbarock und Klassizismus, Band I, Munich, 1986, p. 162, fig. 3.3.7). A third example, whose dial is signed by Jean-Charles Olin, is in the collection of the Princes of Hesse in Schloss Fasanerie in Fulda (see Gehäuse der Zeit, Uhren aus fünf Jahrhunderten im Besitz der Hessischen Hausstiftung, Eichenzell, 2002, p. 60-61, catalogue n° 19). One further comparable clock is on display in the yellow salon in the Musée Carnavalet in Paris (see A. Forray-Carlier, Le mobilier du musée Carnavalet, Dijon, 2000, p. 3).


Pierre III Le Roy is one of the finest Parisian horologists of the second half of the 18th century. The son of clockmaker Julien II Leroy, he was trained in his father’s workshop and became a master on July 9, 1737. In 1759, upon the death of his father, he became Horloger Ordinaire du Roi with lodgings in the Galeries du Louvre. Throughout his career, he was very highly thought of and his clocks were found in the collections of the Marquis de Béringhem, the Countess du Barry – the favorite of King Louis XV, the Prince de Ligne and the Dukes of Chaulnes and Penthièvre. 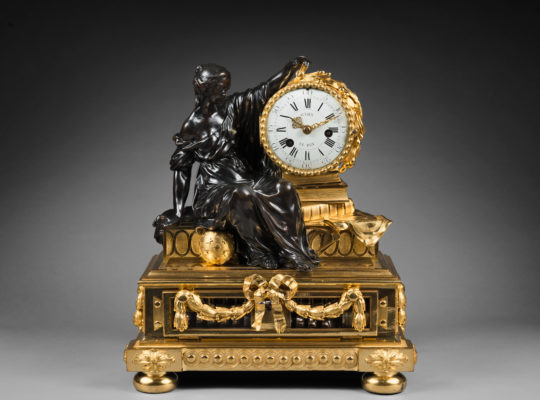 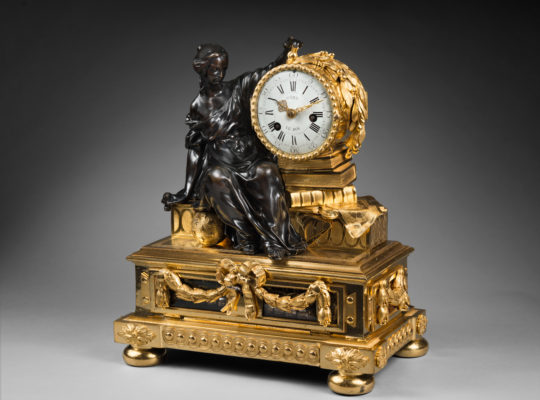 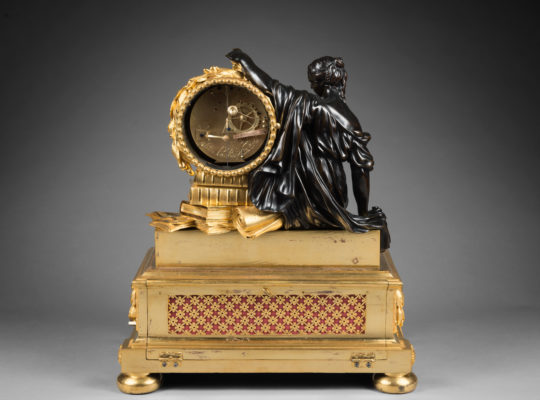 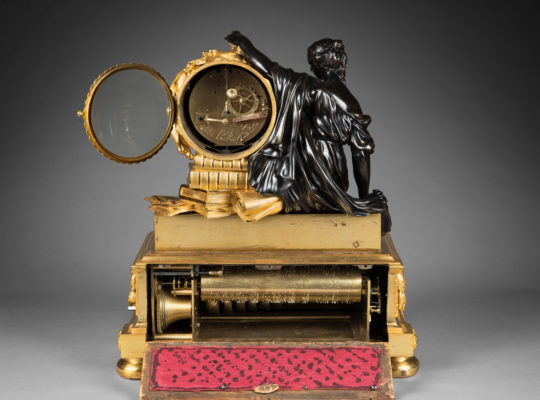 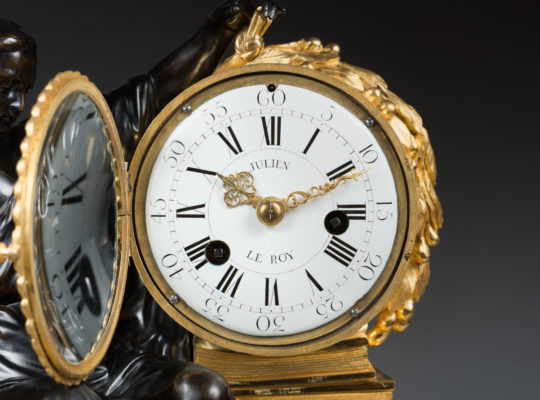 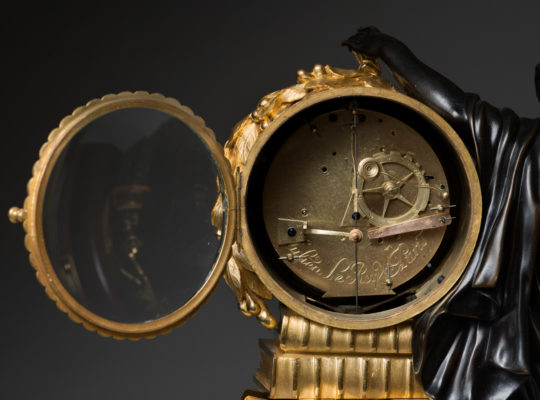 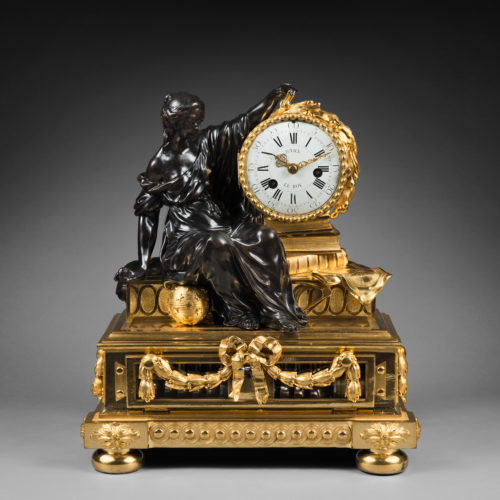