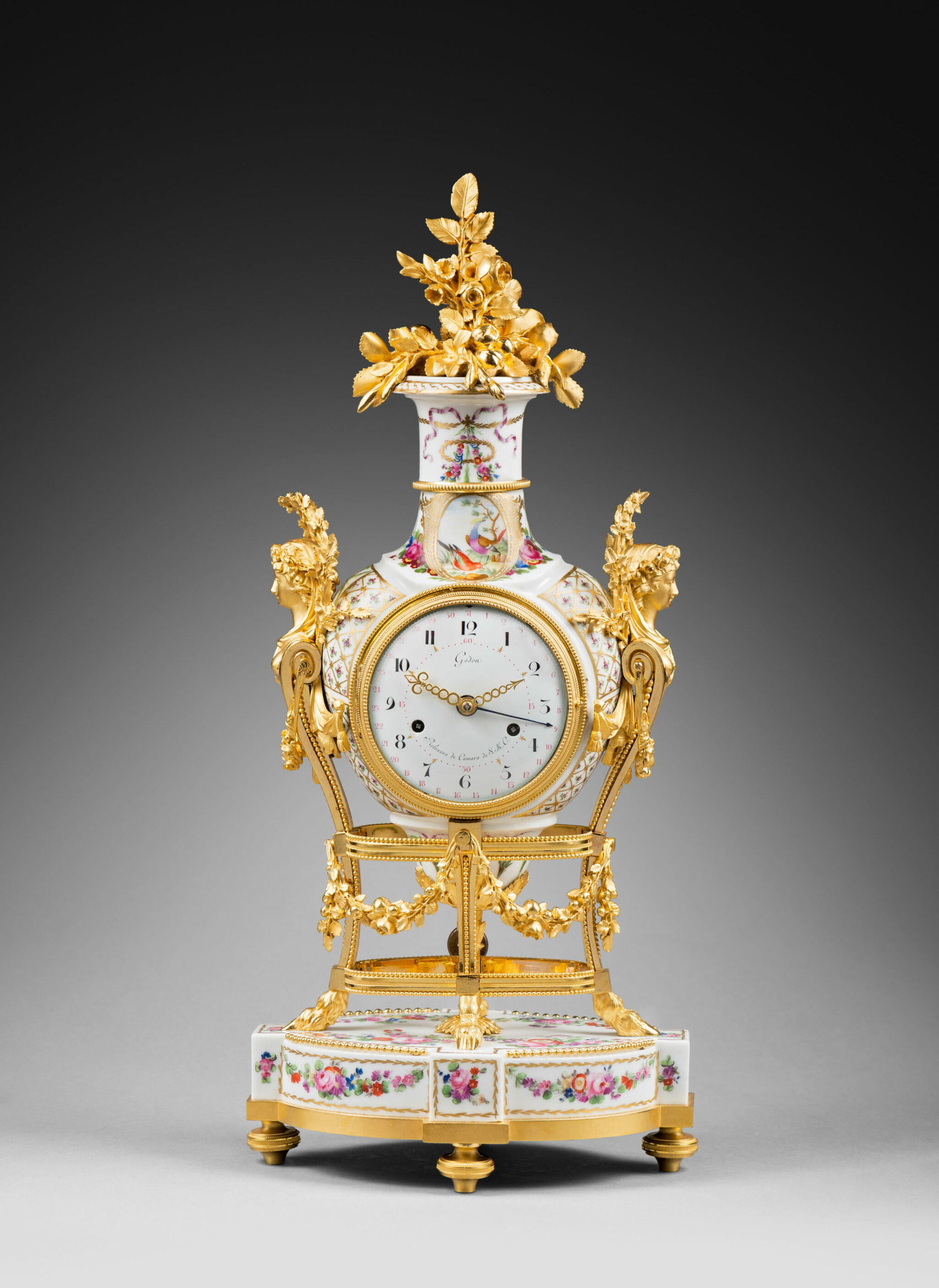 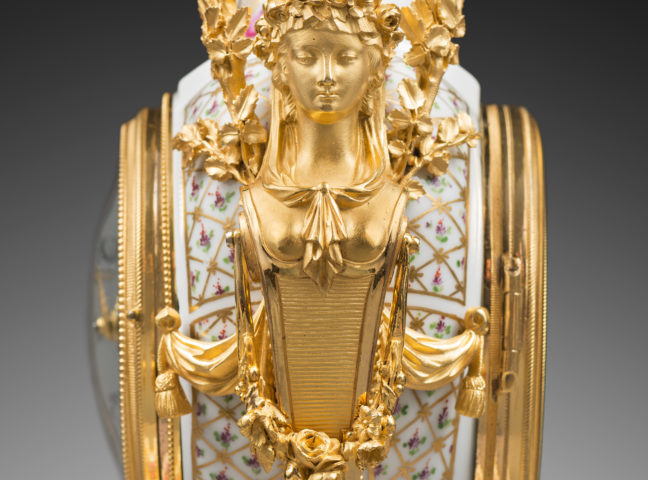 Attributed to the Locré Manufactory

– Probably the clock “in porcelain with date and gilt bronze mounts…” that François-Louis Godon sold for 600 livres to the estranged wife of his fellow clockmaker Jean-Baptiste-André Furet in December 1786.

The white enamel dial, signed “Godon Reloxero de Camara de S.M.C.” and Coteau, indicates the Arabic numeral hours, fifteen-minute intervals, and date by means of three hands, two made of pierced and gilt bronze and one blued steel pointer. The movement, whose plate is engraved “Godon Horloger du Roy et de la Cour d’Espagne 1786”, is housed in a hard-paste Paris porcelain vase with polychrome and gold decoration on a white ground. The motifs include ribbon-tied garlands, wreaths, bouquets of flowers and foliage, a medallion with a landscape featuring pheasants, and a crosshatch pattern centered by flowers. The shaped oval base is decorated with delicate flower swags within foliate frames. The lavish gilt mounts are finely chased and gilded; the bezel is adorned with chased friezes including beads and rope patterns. The clock is surmounted by a magnificent bouquet of roses. The sides are adorned with female terms forming handles, which are coiffed with laurels, wreaths and draperies and from which issue tasseled draperies and flower and leaf swags. The clock stands on four curved legs that are decorated with beadwork and flower garlands and terminate in goats’ hooves and a central quiver with feathered arrows that emerges from a bouquet of leaves; the legs are linked by two rings. The shaped oval plinth is raised on four toupie feet with engine-turned decoration.

Considered the height of French luxury at the end of the Louis XVI period, this exceptional mantel clock, which blends hard-paste Paris porcelain with chased and gilt bronze, is typical of the French luxury horological items that were produced for influential French and European collectors. 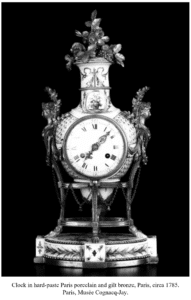 To the best of our knowledge, only three other identical clocks – with decorative variations – are known. Among them, one example, whose porcelain fittings have been erroneously attributed to the Royal Sèvres Manufactory, is on display in the Victoria and Albert Museum in London (illustrated in Tardy, La pendule française dans le Monde, Paris, 1994, p. 78). A second clock, bequeathed in 1928 by Ernest Cognacq, is today in the Musée Cognacq-Jay in Paris. A third example, which may formerly have been in the collection of the banker John Pierpont Morgan, appears in E. Niehüser, Die französische Bronzeuhr, Eine Typologie der figürlichen Darstellungen, Munich, 1997, p. 265, fig. 1330.


François-Louis Godon became a master clockmaker in Paris in February 1787, although he had begun working several years previously. Having gone into partnership as early as 1785 with his Parisian colleague Jean-Baptiste-André Furet, Godon is known for having been a trusted horological supplier to kings Charles III and Charles IV of Spain. In March 1786, having been named “Relojero de Camara” (Clockmaker to the King of Spain), he became the Parisian supplier of luxury porcelain pieces, clocks, and bronze furnishings to the Spanish Court. Today many of his clocks are in the Madrid Decorative Arts Museum and the Spanish Royal Collections. 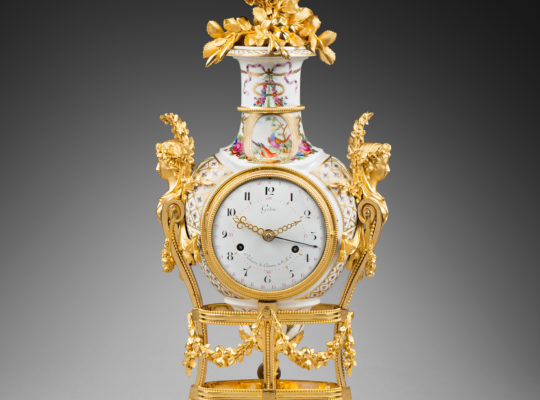 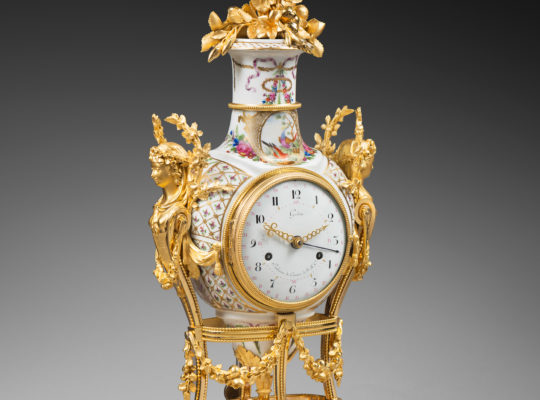 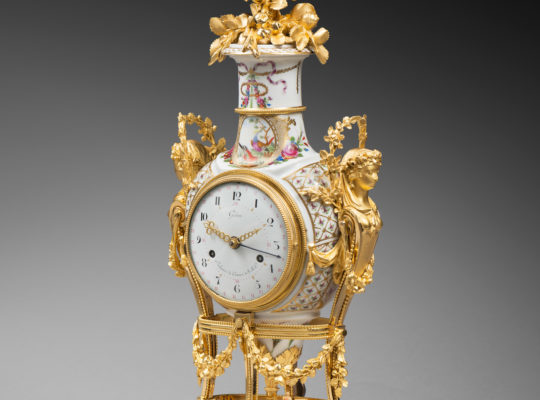 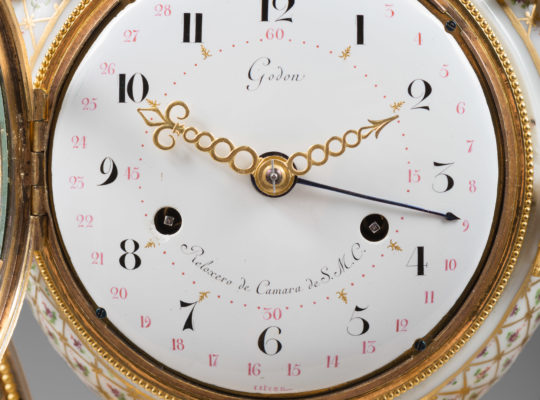 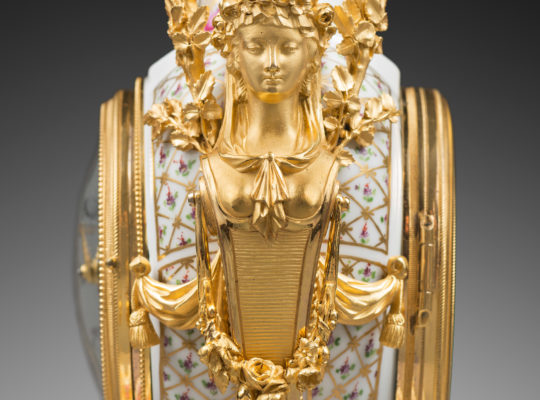 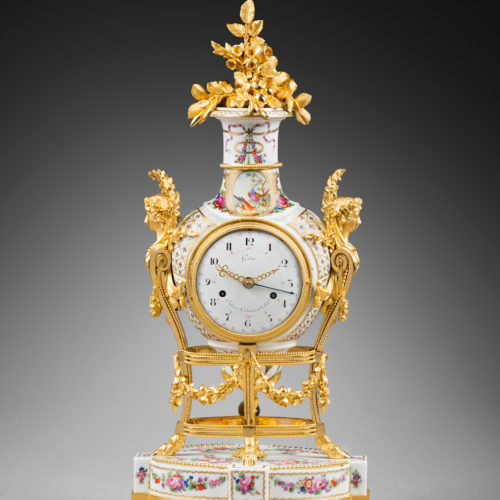