Nicolas-Alexandre Folin, called l’aîné, meaning “the elder” (circa 1750 – after 1815) was one of the best Parisian clockmakers of the late 18th and early 19th centuries. Initially working independently, after becoming a maître in 1789 he opened a workshop in the rue Salle-au-Comte. He won immediate renown and began specialising in skeleton clocks. Still prolific after the fall of Louis XVI and during the empire, he acquired his clock cases from the finest artisans of the day, including the enameller Merlet, the chasers Martincourt and Vion, and the cabinetmaker Schwerdfeger. His clocks are attested in important collections of the period, as for example in the 1790 probate inventory of Paul-Ambroise Chol de Torpanne de la Mottais and in the 1808 appraisal of the collections of banker and senator Jean-Frédéric Perregaux.

Discover the clocks and pendulums of Nicolas-Alexandre Folin 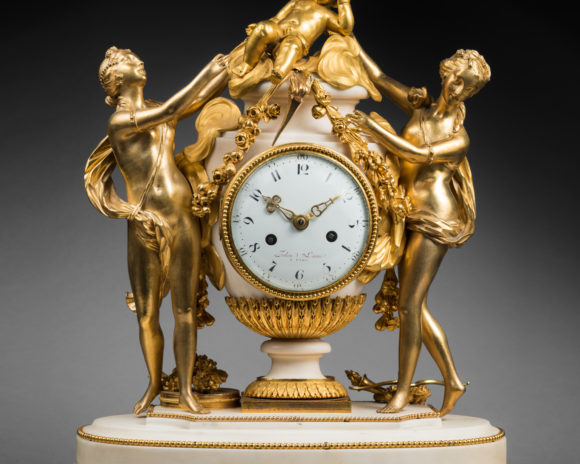 Folin
Rare White Marble and Chased Gilt Bronze Clock “Love and F...
Back
We use cookies to ensure that we give you the best experience on our website. If you continue to use this site we will assume that you are happy with it.Ok