Louis-François-Amable Molliens was a clockmaker whose workshop was recorded as being, successively, in the rue Saint-Honoré around 1800, then in the passage du Grand-Cerf between 1806 and 1815 (see Tardy, Dictionnaire des horlogers français, Paris, 1971, p. 469). He was well respected and his clocks were acquired by important late 18th century and early 19th century Parisian collectors. Clocks signed by Molliens are mentioned in the probate inventory of Charles-Louis de Reconseille and the Napoleonic Marshall Louis-Alexandre Berthier, Prince de Wagram. 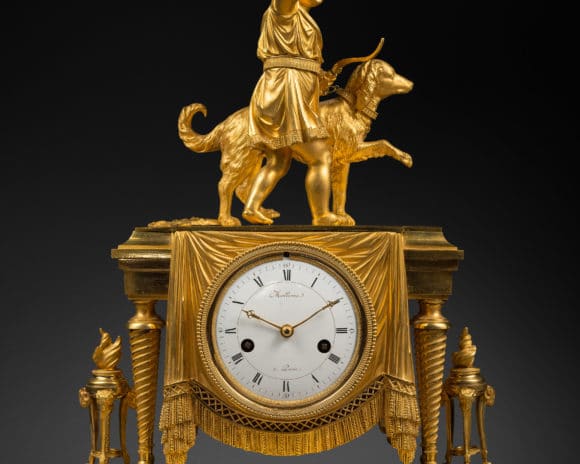 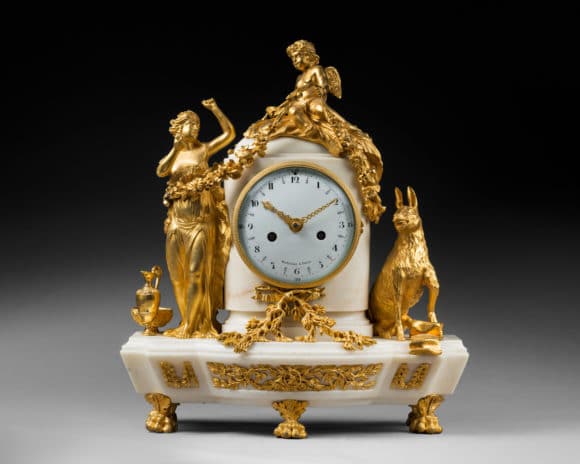 Molliens
Rare White Marble and Gilt Bronze Mantel Clock “Cupid and Psyche...
Back
We use cookies to ensure that we give you the best experience on our website. If you continue to use this site we will assume that you are happy with it.Ok