Born in Tours, he trained under his father Pierre Le Roy; by the age of thirteen had already made his own clock. In 1699 Julien Le Roy went to Paris where he served his apprenticeship under Le Bon. Received as a maître-horloger in 1713, he later became a juré of his guild; he was also juré of the Société des Arts from 1735 to 1737. In 1739 he was made Horloger Ordinaire du Roi to Louis XV. He was given lodgings in the Louvre but did not occupy them, instead giving them to his son Pierre (1717-85) while continuing to operate his own business from rue de Harlay. Le Roy made important innovations, including the improvement of monumental clocks indicating both mean and true time. Le Roy researched equation movements and advanced pull repeat mechanisms. He adopted George Graham’s cylinder, allowing the construction of thinner watches. He chose his clock cases from the finest makers, including the Caffieris, André-Charles Boulle, Jean-Joseph de Saint-Germain, Robert Osmond, Balthazar Lieutaud, Antoine Foullet and others; his dials were often made by Antoine-Nicolas Martinière, Nicolas Jullien and possibly Elie Barbezat. Le Roy significantly raised the standards of Parisian clockmaking. After he befriended British clockmakers Henry Sully and William Blakey, several excellent English and Dutch makers were introduced into Parisian workshops.

Discover the clocks and pendulums of Julien II Le Roy 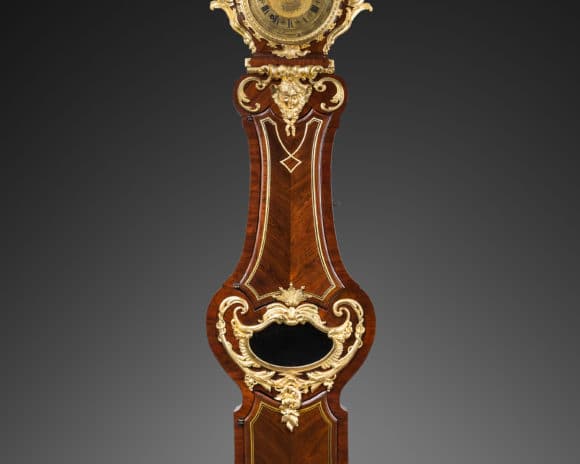 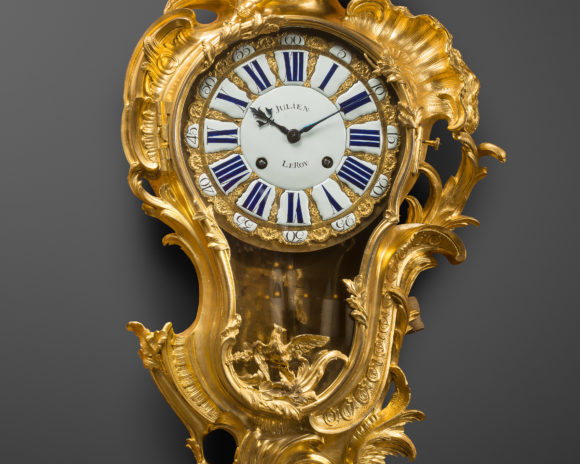 Le Roy - Caffieri
Important Gilt Bronze Cartel Clock “Allegory of Geometry”...
Back
We use cookies to ensure that we give you the best experience on our website. If you continue to use this site we will assume that you are happy with it.Ok