Joseph de Saint-Germain is one of the most important mid 18th century Parisian artisans who specialised in the creation of clock cases. He became a master cabinetmaker rather late, in 1750, and to this day his work remains little known. He probably worked as an “ouvrier libre” for an extended period. The father of bronzier Jean-Joseph de Saint-Germain (1719-1791) with whom he likely often collaborated, he stood out from among his colleagues due to his modernisation of certain horological models created several decades previously by Charles Cressent; he also occasionally restored the metal marquetry furniture of the type called “Boulle”; his stamp appears on one of the “Mazarine” commodes in the Vaux-le-Vicomte castle near Paris.

Discover the clocks and pendulums of Joseph de Saint-Germain 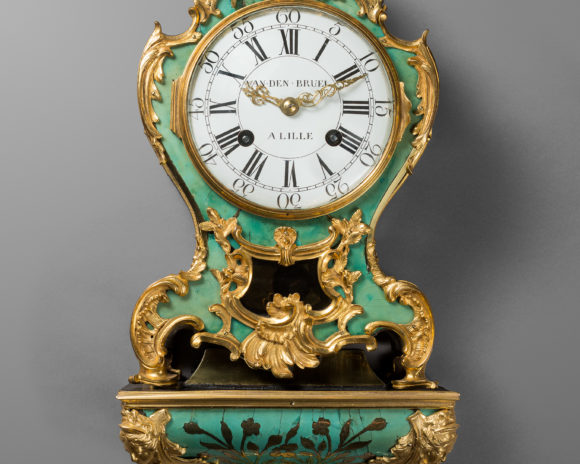