The son of clockmaker Jacques Gudin, known as “Gudin the elder”, was one of the most important Parisian horologers of the reign of Louis XV. In 1750, after becoming a master clockmaker, he opened a workshop in the quai des orfèvres, which remained active from 1769 to 1784 (see Tardy, Dictionnaire des horlogers français, Paris, 1971). He quickly gained renown among influential Parisian collectors of the time and soon began working for Lazare Duvaux, the marchand-mercier-jeweler of Louis XV and his favorite the Marquise de Pompadour. In parallel, the clockmaker gained a wealthy private clientele; certain of his clocks are mentioned during the 18th century in the probate inventories of Louis, Prince de Bauffremont, the wife of Charles Jean-Baptiste Dutillet, Marquis de Villarceaux, and Anne-Nicolas-Robert de Caze, the former fermier-général of the king.

Discover the clocks and pendulums of Jacques-Jérôme Gudin 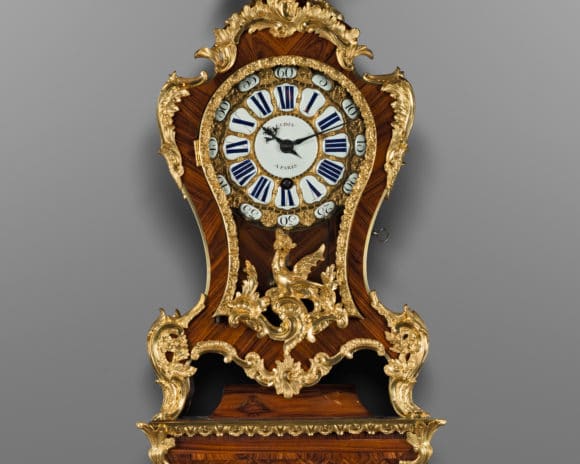 Gudin - Dubois
Rare Violet Wood Veneered and Gilt Bronze Wall Cartel with Pull ...
Back
We use cookies to ensure that we give you the best experience on our website. If you continue to use this site we will assume that you are happy with it.Ok