Probably a member of a Parisian clockmaking dynasty that was active in the early part of the 17th century, Jacques Hory was an important Parisian clockmaker. After opening a workshop in the Faubourg Saint-Germain in 1658, he soon gained renown and in 1675 he became a juror of his corporation. From 1673 to 1690 he was “Horloger ordinaire du Roi” (see Tardy, Dictionnaire des horlogers français, Paris, 1971, p. 494). Clocks signed “Hory”, “Horry”, or “Hourry” are known to have belonged to important 18th century European collectors. One was described in the 1764 sale of the Cologne Elector; a second was mentioned in the posthumous inventory of the belongings of the widow of Pierre-Charles Davoust; and a third example was briefly mentioned in the posthumous inventory of Hercule-Mériadec de Rohan, Prince de Guémené and Montbazon.

Discover the clocks and pendulums of Jacques Hory 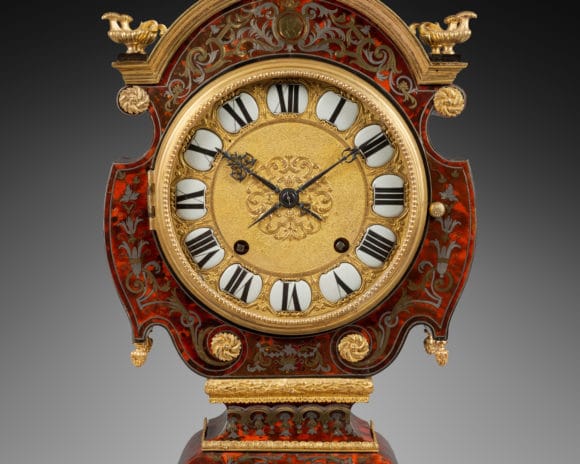 Hory
Important Gilt Bronze and Première Partie Boulle Marquetry “Tête...
Back
We use cookies to ensure that we give you the best experience on our website. If you continue to use this site we will assume that you are happy with it.Ok