Godefroy Dester (d. December 24, 1805) was one of the most important Parisian cabinetmakers of the last quarter of the 18th century. After becoming a maître in July 1774, he opened a workshop in the rue du Faubourg Saint-Antoine and soon gained fame and renown. He mostly produced pieces of furniture decorated with marquetry or with high-quality mahogany veneer. However, he is also known to have supplied, through the intermediary of the mirror merchant Delaroue, a magnificent pair of commodes decorated with Paris porcelain plaques that were intended for the bedchamber of the Count d’Artois – the brother of Louis XVI – in the Palais du Temple (see P. Kjellberg, Le mobilier français du XVIIIe siècle, Dictionnaire des ébénistes et des menuisiers, Paris, 2002, p. 297).

Discover the clocks and pendulums of Godefroy Dester 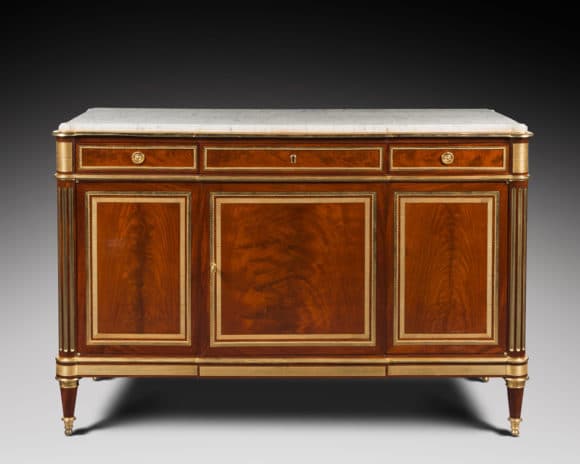 Dester
Important Mahogany, Flame Mahogany Veneer, Gilt Bronze and White...
Back
We use cookies to ensure that we give you the best experience on our website. If you continue to use this site we will assume that you are happy with it.Ok