Antoine Crosnier, or Cronier, was one of the most important Parisian clockmakers of the second half of the 18th century. The son of a Parisian master joiner, he became a master on March 1, 1763 and opened a workshop in the rue Saint-Honoré. He quickly became very successful among influential Parisian collectors of luxury horology, and worked with the finest artisans of the time, including the cabinetmaker Jean-Pierre Latz, the bronziers François Vion and the Osmonds, and the gilder Honoré Noël. During the 18th century, several of his clocks were mentioned as belonging to the Marshal de Choiseul-Stainville, the Marquis de Sainte-Amaranthe, the Duke des Deux-Ponts and the Prince Belosselsky-Belozersky.

Discover the clocks and pendulums of Antoine Cronier 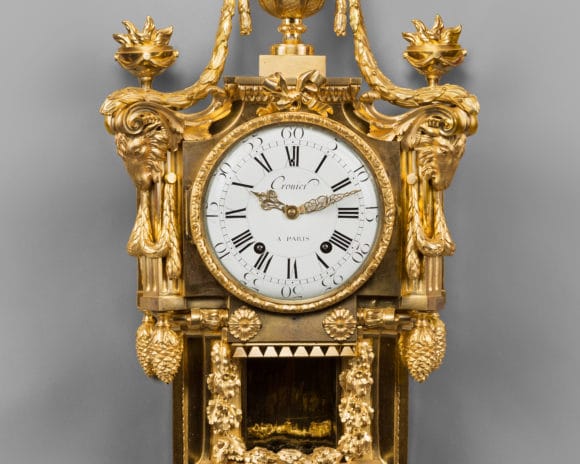 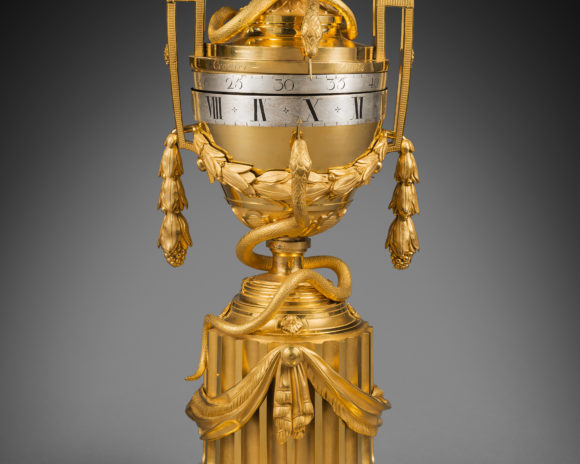 Cronier - Osmond
Exceptional Gilt Bronze Mantle Clock in the form of a Neoclassic...
Back
We use cookies to ensure that we give you the best experience on our website. If you continue to use this site we will assume that you are happy with it.Ok